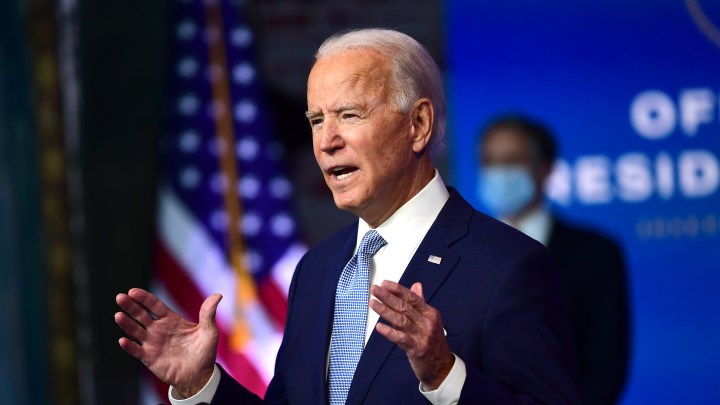 The incoming Biden administration will be stepping into a low interest rate environment.

That’s a tail wind in some ways. “You make it cheaper for businesses and households to borrow so they can either invest or hire or spend,” explained Seth Carpenter, chief U.S. economist with UBS.

Now of course, the reason rates are low is entirely bad. The Federal Reserve has had to lower them to help businesses stay in business and consumers keep spending during the COVID-19 pandemic.

Even though lots of firms would like to take advantage of low rates, many are afraid because of the staggering uncertainty that has become the calling card of 2020.

“On the one hand, you’ve got very low interest rates, so the cost of investment, at least debt financed investment, is very low,” said Lee Branstetter, professor of economics and public policy at Carnegie Mellon University and a former member of President Obama’s Council of Economic Advisers. “But on the other hand you don’t quite know when the world is going to go back to normal, and you don’t know what kind of normal the world’s going to go back to.”

So the economy is in this kind of sad place. The Fed can’t do a whole lot more than it’s already done. The only thing really left is for Congress and a president to pass more stimulus.

This would mean more debt, and some in Congress profess concern over such a path.

“The deficit to GDP ratio we’re told is higher today than it’s been since World War II,” said Peter Ireland, professor of economics at Boston College. Should interest rates rise in the future, it will increase the debt burden further.

But if the country needs to go into more debt, now would be a good time to do it — precisely because rates are so low, said UBS’ Carpenter.

“At least for as long as rates stay as low as they are, it makes it easier, more affordable, to carry around a larger debt burden,” he said.

While the Biden administration may wish to provide more stimulus, if it faces a split Congress the chances of that will fall. Carpenter said the last time this happened, after the Great Recession, a bickering Congress that couldn’t pass enough stimulus actually slowed down the recovery.