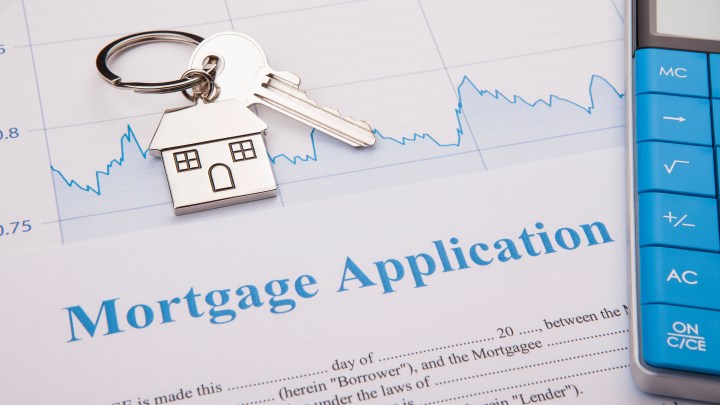 COPY
This week, Freddie Mac said the average interest rate for a 30-year fixed-rate mortgage climbed above 3% for the first time since July. phototechno via Getty Images
COVID-19

This week, Freddie Mac said the average interest rate for a 30-year fixed-rate mortgage climbed above 3% for the first time since July. phototechno via Getty Images
Listen Now

Expectations of higher inflation as the economy rebounds have investors demanding higher yields to compensate. In turn, the recent surge in bond yields is pushing up the interest rates consumers pay on mortgages and other loans.

This week, Freddie Mac said the average interest rate for a 30-year fixed-rate mortgage climbed above 3% for the first time since July.

“Although they’re still remarkably low by historic standards, so we need to keep that in perspective,” Hoyt said.

Other kinds of consumer spending are less likely to be affected. Interest on auto loans and credit cards are pegged to shorter-term rates, which haven’t been rising as much. And Gad Levanon, who leads the Labor Market Institute at the Conference Board, said consumers aren’t as sensitive to changes in those rates.

“Outside of housing, I think the impact of the increase in interest rates on consumption will be very limited and almost insignificant compared to the other developments,” Levanon said.

Those other developments include the reopening of the economy as more people get vaccinated and the $1.9 trillion COVID-19 relief bill Congress is hammering out.

That, combined with very strong savings that many consumers accumulated in the past year, “it’s a a perfect recipe for a boom in consumer spending,” Levanon said. “They have stuff to spend on; they have the money and the willingness to spend on it.”

It’s anyone’s guess whether interest rates on mortgages and other loans will continue to rise. The Fed has been helping keep long-term rates low by purchasing Treasurys and mortgage-backed bonds.

“Chair [Jerome] Powell, so far, has really not indicated at all that he’s concerned,” Foster said. “In fact, he really sees this pickup in yields more as a statement of confidence in the economy.”

And if rising interest rates do become a concern, she said, the Fed still has tools to step in.