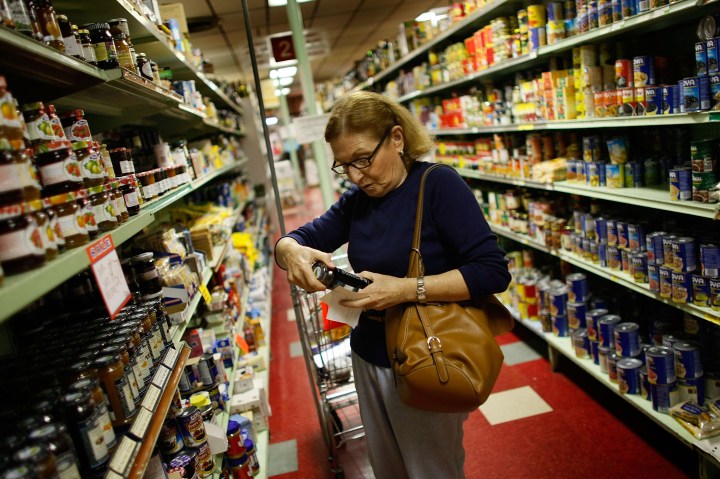 COPY
At 2% inflation, the Federal Reserve's target rate, it takes about 35 years for prices to double. Photo by Joe Raedle/Getty Images

At 2% inflation, the Federal Reserve's target rate, it takes about 35 years for prices to double. Photo by Joe Raedle/Getty Images
Listen Now

In testimony before the U.S. Senate banking committee on Tuesday, Federal Reserve Chair Jerome Powell reiterated that the U.S. economic recovery remains “far from complete,” and the economy is “a long way from the Fed’s employment and inflation goals.”

As Congress debates the next round of coronavirus relief funding, some prominent economists have raised concerns about its potential impact on inflation.

For the past decade, inflation in the U.S. economy has been unusually low; the current rate is 1.4%.

For their part, Powell and the Biden administration’s economic team have emphasized that they are more concerned about long-term damage to the economy from an incomplete recovery than inflation getting out of control.

“Inflation dynamics do change over time, but they don’t turn on a dime,” Powell told the Senate banking committee. But if inflation does pick up, what would that look like?

“Currently, most industrial economies are trying to accomplish inflation rates in the neighborhood of 2%,” said Fabio Ghironi, a professor of economics at the University of Washington.

“A 2% inflation rate means that prices [are] rising, but there isn’t sort of any sticker shock that comes when you maybe go to the grocery store, or you are thinking about buying a house or buying a car. They’re just rising at the sort of gradual rate,” said Julie Smith, a professor of economics at Lafayette College.

“It means, essentially, that prices will double in 35 years, which is pretty long period of time to see the price of bread doubling over that period, for example,” said Abdoulaye Ndiaye, an assistant professor of economics at New York University’s Stern School of Business.

So that’s what inflation looks like at the Fed’s 2% target — which, remember, the economy is currently well below. If it rose above 2% for a sustained period of time, inflation would become more noticeable.

“If inflation rises, say from 2% to 4%, the first thing that you’re going to see is when you go to the grocery store, those prices over the course of the year are going to rise more rapidly,” Smith said.

“It would be equivalent to prices doubling every 17 to 18 years,” Ndiaye said. “If wages do not catch up, it can be a loss in quality of life.”

Also, if money is getting less valuable over time (another way to think about inflation), the cost of borrowing it goes up.

“And if you’re a business, well, you go out and you hire an economic consultant to help you forecast inflation,” Smith said. “It just gets more difficult to make economic decisions.”

Remember, inflation like that is still a long ways away. Over the past 12 months, consumer prices only rose 1.4%.

Central bankers have long memories, though. For them, the “Great Inflation,” of the 1970s and early ’80s, when prices rose so fast that some restaurants updated their menu prices with stickers, and then-Fed Chair Paul Volcker raised interest rates to 20% to combat skyrocketing inflation, wasn’t all that long ago.

Coronavirus relief spending has pumped an objectively massive amount of money into the economy in a short amount of time. With more on the way, inflation is in the air in debate over the next relief bill.

“Even people who are in the same camp are discussing, ‘Is it too big, is it too small?’” Ndiaye said.

“I see myself in the camp of those who are in favor of the large bill, of the $1.9 trillion,” Ghironi said. “I think the Federal Reserve and the team at the Treasury, I trust them as guarantors of the fact that we’re not going to see an explosion in inflation.”

“I think that the Fed is great at having learned from the mistakes that we’ve made in the past” Smith said. “The issue that arises is always that the next challenge is somewhat different and to be more forward looking and try to figure out what those challenges are.”