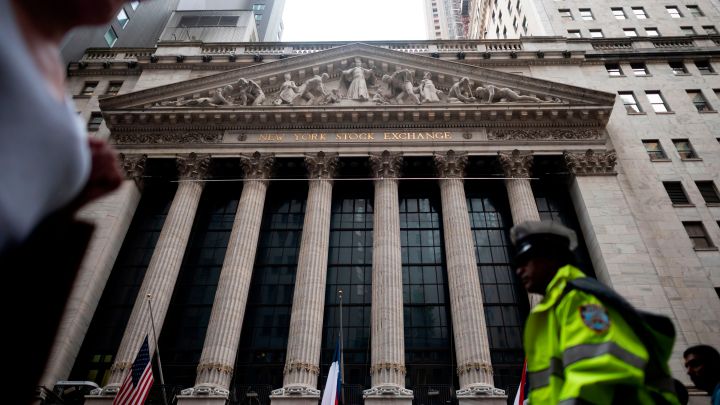 COPY
On Wednesday, the government will auction 10-year Treasury notes. But demand for government bonds has not been so hot lately. Johannes Eisele/AFP via Getty Images

On Wednesday, the government will auction 10-year Treasury notes. But demand for government bonds has not been so hot lately. Johannes Eisele/AFP via Getty Images
Listen Now

When it comes to the COVID-19 relief package being discussed in Congress, one important question is how the government is going to pay for it. One way to do that is by issuing Treasury bonds.

On Wednesday, the government will hold an auction for 10-year Treasury notes. These are the all-important long-term bonds that serve as the benchmark for everything from mortgage rates to auto loans. But demand for government bonds has not been so hot lately.

That is an issue because the government auctions off bonds to finance a lot of day-to-day operations. Add to that last year’s relief packages and the potential for $1.9 trillion of additional aid, and it means the federal government needs to plow out of a lot of debt.

“The sheer amount of obligations that we have to fulfill haven’t been this large on a percentage of [gross domestic product] basis since World War II,” said Winnie Cisar, head of credit strategy for Wells Fargo.

And to make matters worse, investors have not been buying many government bonds lately.

That raises concern over whether investors will want to buy bonds at the rate the government is offering in Wednesday’s auction.

“If the auction doesn’t go well and not enough bidders show up at current levels, then rates will have to spike higher in order to attract buyers,” Jim Vogel at FHN Financial said.

And that could have a domino effect, said Cisar at Wells Fargo, “because the yield on the 10-year bond influences rates throughout the economy.”

The Federal Reserve will be watching Wednesday’s auction, too, to see if it needs to step in, Cisar said.