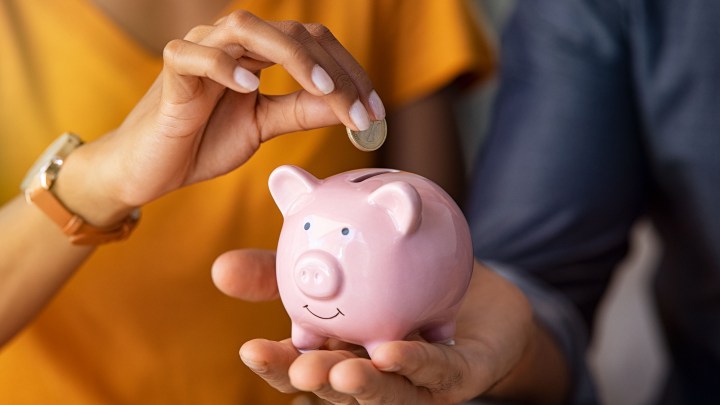 COPY
More than a quarter of Americans owe more on their credit cards than they have in savings, according to Bankrate’s recent poll. That’s down slightly from a year ago. Ridofranz via Getty Images
COVID-19

More than a quarter of Americans owe more on their credit cards than they have in savings, according to Bankrate’s recent poll. That’s down slightly from a year ago. Ridofranz via Getty Images
Listen Now

Just over half of American adults have more money saved for an emergency than they do credit card debt, according to a recent poll by Bankrate. That’s actually an improvement. So how exactly has the pandemic changed the way some people are prioritizing saving?

Andrea Zevallos knows what it feels like to have practically no savings. She said it’s terrifying. Until very recently, Zevallos had only saved up about a month’s worth of rent for her Los Angeles apartment.

That’s when she got serious about trying to pay it off and started keeping track of her progress in a notebook.

Then, the pandemic arrived, and she had to decide whether to prioritize paying down her debt or building up some savings in case she got laid off.

“I knew that while it would feel nice to have sort of a safety net of having that money in my bank account,” Zevallos said, “it wouldn’t actually be a safety net if I still owed money.”

More than a quarter of Americans owe more on their credit cards than they have in savings, according to Bankrate’s recent poll. That’s down slightly from a year ago.

The number of people who have saved more than they owe is up, about 5%. Mark Hamrick at Bankrate said that’s partly because there are fewer ways for people to spend money right now.

But, also, “this experience, basically, over the past year, has underscored how financially fragile many Americans either were or could become,” Hamrick said. “And so this is sort of a living, breathing advertisement, if you will, as to why we do need to make emergency savings a priority.”

Of course, not everyone can. But for many people who are lucky enough to have choices about what to do with their money, the upheaval and uncertainty of the last year have changed how they think about saving and spending.

“We probably were a lot more cavalier with our credit card debt,” said Nicole Freund, who lives in Wichita, Kansas, with her husband and two kids.

Freund said they’ve always known intellectually that they should be saving, in case anything unforeseen happened. But, it never really felt that urgent.

“I think since the pandemic really sort of shook us up in terms of stability, it made it a lot more salient, really, to actively make sure we have that cushion,” Freund said.

That’s especially true because her job is funded by a grant, which could expire. So she’s just much more aware now of how tenuous it could be.