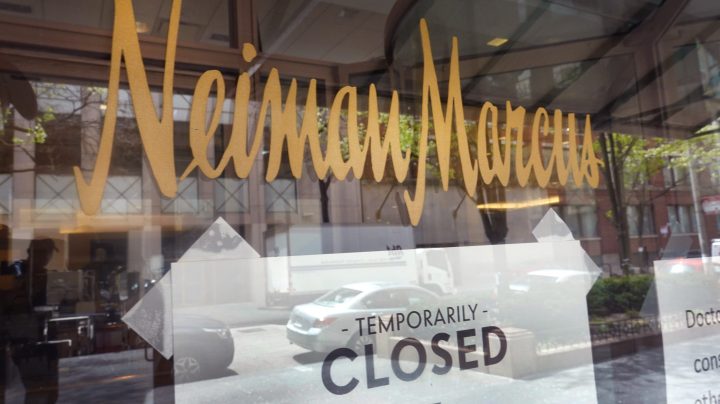 Saving vs. spending during a recession

COPY
Neiman Marcus was the first major retailer to seek bankruptcy protection since the economic collapse brought on by the coronavirus pandemic. (Scott Olson/Getty Images)

Saving vs. spending during a recession

Neiman Marcus was the first major retailer to seek bankruptcy protection since the economic collapse brought on by the coronavirus pandemic. (Scott Olson/Getty Images)
Listen Now

About 1.9 million people filed unemployment claims last week, according to data released Thursday by the Department of Labor. This marks the first time in nine weeks that the number has been under 2 million workers.

In total, nearly 43 million Americans have filed unemployment claims and consumer spending has fallen 13% as the country enters a recession caused by the COVID-19 outbreak. How severe the recession will be is yet to be determined, but one economic theory delves into how a lack of consumption could make things worse.

The paradox of thrift is an economic theory popularized by British economist John Maynard Keynes in the 1930s.

“It is a market failure by which individuals decide not to spend, but rather to save for a better price the next day. Or they are keeping money and not spending it because they think that they should have precautionary savings,” explained Lisa Cook, professor of economics at Michigan State University.

With so much economic uncertainty surrounding the coronavirus outbreak, people are holding onto their money. In April, while consumer spending dipped to a record low, the household savings rate hit 33%, the highest since 1975.

“This is a problem because consumer spending makes up 70% of GDP, and if people aren’t spending, then economic activity and GDP will fall, and that will create a vicious cycle,” Cook said.

They aren’t, aThe Federal Reserve Bank of Atlanta projected this week that U.S. gross domestic product will shrink 53.8% in the second quarter of this year due to the outbreak.