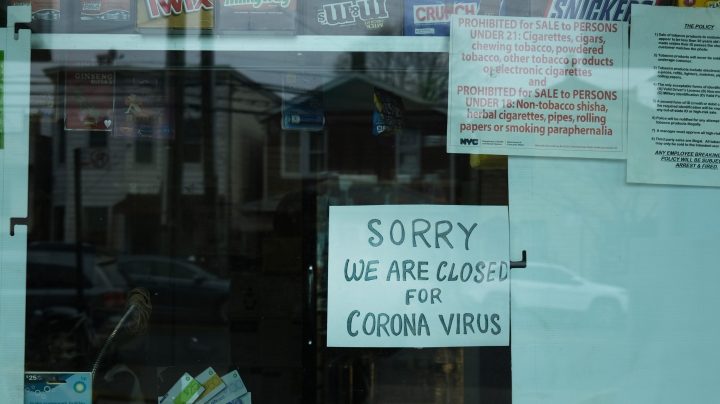 The view of a business in Queens, New York. Spencer Platt/Getty Images
COVID-19

The view of a business in Queens, New York. Spencer Platt/Getty Images

This has erased all job gains since the Great Recession.

In response to the pandemic, Congress has approved a nearly $500 billion COVID-19 aid package that would provide funds to small businesses and hospitals. However, the package does not include extra funding that would go directly to state and local governments. States are the ones tasked with providing unemployment benefits and many of them are now faced with dwindling funds.

California was the state with the highest number of unemployment claims last week, with more than 533,000 residents filing for unemployment benefits. It’s now been approved to borrow billions from the federal government .

Following California, Florida had more than 505,000 unemployment claims. After weeks of not implementing strict measures, Gov. Ron DeSantis issued a statewide stay-at-home order at the beginning of this month.

Georgia also topped the list, with more than 243,000 unemployment claims. With many residents out of work, Gov. Brian Kemp is allowing businesses to start operating again this week — a move that’s been criticized by President Donald Trump and public health experts.

West Virginia, Connecticut, Louisiana, Florida and Alaska had the biggest increases, percentage-wise. On April 9, Alaska allowed residents to file unemployment claim certifications every week, instead of every two weeks.

Meanwhile, the states with the lowest number of unemployment claims included Wyoming (which had more than 3,300 claims), South Dakota (more than 5,100 claims), and Vermont (6,400 claims).

While the unemployment benefits that have been distributed have brought much-needed relief to some workers, the benefits vary widely.

“You see anything from $213 on average in Mississippi, to $555 in Massachusetts,” Michele Evermore at the National Employment Law Project told Marketplace.