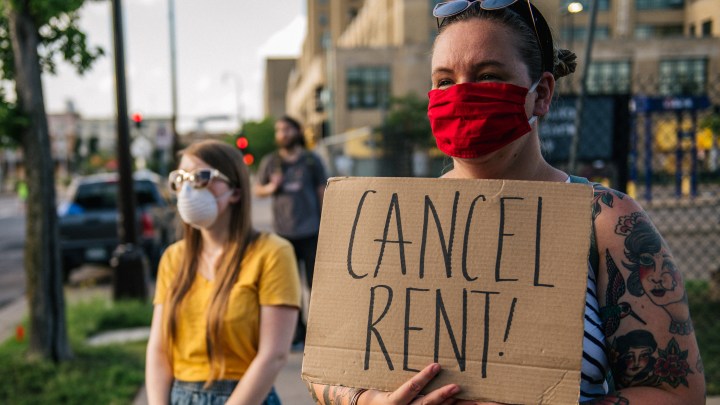 COPY
Demonstrators at the Cancel Rent and Mortgages rally in Minneapolis in June. The U.S. faces a housing shortage and affordability crisis. Brandon Bell/Getty Images

Demonstrators at the Cancel Rent and Mortgages rally in Minneapolis in June. The U.S. faces a housing shortage and affordability crisis. Brandon Bell/Getty Images
Listen Now

In one of his first acts as president, Joe Biden extended a federal moratorium on evictions and foreclosures. He’s also pushing for more aid to help struggling renters and homeowners pay their bills. That may provide some relief in the short term. But the new administration — like the one before it, and the one before that — faces a much longer-term affordability crisis.

“We have a huge shortage of housing for pretty much every income level except the very highest,” said David Dworkin, CEO of the National Housing Conference, which advocates for affordable housing.

A lot of homebuilders went out of business in the last recession, Dworkin said, and those who survived have focused on higher-end housing, where they could make more money. Now, historically low interest rates are fueling demand for what has become a record-low supply of available homes.

“That’s one of the reasons why, during this particular economic crisis that’s been driven by COVID-19, we’ve seen housing prices continue to rise and become less affordable, even though we’re in the middle of a historically deep recession,” Dworkin said.

The Biden administration has proposed a tax credit of up to $15,000 to help first-time buyers with their down payments and a $100 billion fund to build and upgrade affordable housing for renters and buyers, among other investments.

Biden’s pick to lead the Department of Housing and Urban Development is U.S. Rep. Marcia Fudge, a Democrat from Ohio. She’s pushed for more funding for the HOME Investment Partnerships Program, which gives grants to state and local governments to create affordable housing for low-income people.

“This is now the time, if COVID showed us anything, that housing is essential, and we really need to have a bold agenda for housing equality,” said Katrell Lewis, director of advocacy for Habitat for Humanity New York City.

That comes with a bold price tag. The housing plan Biden campaigned on would cost $640 billion over 10 years. 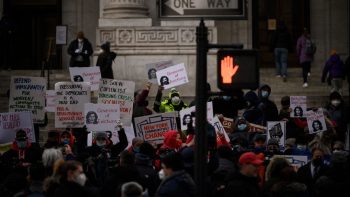