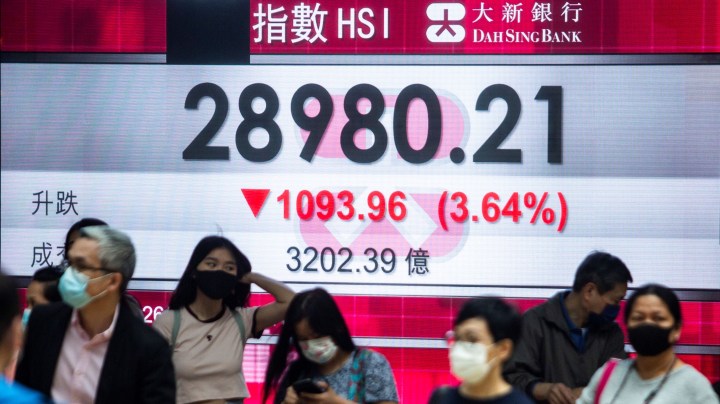 China has reported its annual growth rate fell in the second quarter by more than half — to 7.9%. Economic growth in the first quarter was a meteoric, unprecedented 18.3%.

So, China is experiencing a significant deceleration as it continues to rebound from the domestic and global slowdown caused by the pandemic. But — to be noted — these numbers are compared to the same quarters in 2020 — which were majorly depressed by COVID lockdowns.

And, as always, news of China’s economy possibly hitting speed bumps causes some consternation here in the U.S., among investors and others. When you’re the world’s No. 2 economy and you slow down, it matters, said China expert Eswar Prasad of Cornell University.

“And that’s because China has played an outsize role driving global growth since the global financial crisis,” he said.

Prasad said that while China’s economy has slowed from earlier this year, “8% growth by any standards is still remarkably strong.”

But China faces significant challenges emerging from the pandemic — including more of the pandemic, said Gary Hufbauer at the Peterson Institute for International Economics.

“This delta variant is spreading like wildfire in Asia — Malaysia, Indonesia, Thailand, as it is in China,” he said.

Hufbauer said that after a slow start, China is stepping up vaccination to “a million a day — but there are a lot of people in China, so it’s going to take a while.”

All of which is slowing trade within Asia. China faces problems with dodgy bank loans and wasteful public-works projects too, Hufbauer said.

“Companies housed in the U.S. are actually looking for alternative hubs of production, so that’s going to lead to a decline in Chinese growth,” she said.

Hufbauer said bilateral trade is down about 15%.

There’s still a lot of stuff going back and forth — hog feed, chicken wings, lawn furniture and car parts — which matters to U.S. farmers and companies and consumers. But maybe a little less than it used to.