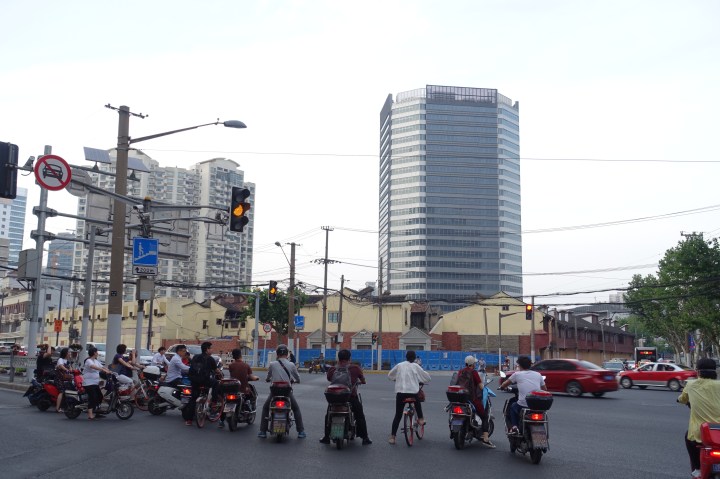 On June 5, 1989, the world woke up to an iconic image from Beijing’s Tiananmen Square protests.

A lone Chinese man stood in the path of tanks that the Communist Party government had sent in to crush protests by students and workers who had been demonstrating for weeks.

These protests are remembered in the West as a call for democracy, but their demands were also about more choices in all aspects of their life.

“[The students wanted] more choice about what kind of music they listened to, how they socialized, how they pursued a career path, [and] many different things that I think are lost when it gets described as a democracy movement,” said Jeffrey Wasserstrom, Chancellor’s Professor of history at UC Irvine.

The decades before the protests

Shanghai native Charles Liu, 60, grew up during a time when China’s Communist Party controlled almost everything, including food.

“Meat, eggs and fish [had to be acquired with] coupons based on the number of people your family,” Liu said. He recalls eating meat and fish only once a week.

From the mid-1960s to mid-70s, during the Cultural Revolution, half of his family was forced to work in the countryside. Back then, he said, people were not free to choose their haircuts, let alone their jobs.

After high school, Liu was sent to work at an electronics factory that produced things like radios — which, luckily, he happened to love.

In the late 70s, after the Cultural Revolution, the government announced that university entrance exams would resume. With no money to buy test preparation books, Liu turned to the library.

It was packed with people with the same idea. He had to line up at the library early one morning to get his hands on study materials.

“[I] randomly picked up [a physics book] and I read it very carefully,” he said.

By a stroke of luck, Liu’s exam contained a physics equation similar to one he had studied in that library book.

That question was worth a quarter of the final score, and he believes that was why he did well enough on the test to get into university. In 1982, Liu graduated with a telecommunications degree.

“After that, I was assigned as a teacher in the same university,” he said.

His salary at the beginning was between 45 and 48 yuan, which, at the current exchange rate, is less than $10 a month.

While this may sound like a low salary, his employer provided food, housing and medical care.

However, the system of state-owned firms offering cradle-to-grave welfare services, known as the “iron rice bowl,” was being slowly chipped away.

A decade of China’s reforms

The changes became visible to Liu in the 1980s, when he saw more imported goods, including western salads.

“In our Chinese diet, besides eating raw tomato or cucumber, most of our veggies are cooked,” he said. “The first time we saw lettuce that [could be eaten] raw, we said we are [like] rabbits … chewing raw [vegetables].”

However, he was happy to try Coca-Cola. He bought his first bottle in the early 1980s.

Yet, for Americans who were in China at that time, consumer choices felt extremely limited compared to the U.S. History professor Wasserstrom studied in Shanghai during the 1986-87 academic year.

“There was only one Hollywood movie that showed during that whole year. It was ‘Superman,’” he said. That movie had played in the U.S. eight years earlier, and Wasserstrom already seen it.

Economic anxieties leading up to 1989

Public optimism about the economic reforms waned when they hit people’s pocketbooks.

For example, when the Chinese government announced it would lift price controls starting in the summer of 1988, there was panic buying.

“What this revealed was just how much uncertainty there was in the direction of the reforms,” he said.

China’s own statistics showed that by 1989, inflation hit 18%. And wages were not keeping up with rising prices. Many of the jobs that were emerging in 1980s China were low-end manufacturing jobs.

“From the perspective of a highly educated Peking University student, that’s not the kind of job that they had been envisioning for themselves,” Gewirtz said.

Plus, students felt that getting better jobs or setting up new businesses required more than just hard work.

“There were all kinds of widely-discussed cases of the children of senior officials or well-connected individuals making a great deal of money,” Gewirtz said. “That seemed to many people a real insult to the hardworking, ordinary people.”

The students also wanted political and personal freedoms. In mid-April of 1989, they began protesting in Beijing’s Tiananmen Square.

Protests began in other cities. Then Chinese workers started to join in, and the Communist Party government got nervous.

“The Chinese leadership at this time had looked at what caused movements in the former Soviet Union and Eastern Europe to be so threatening to the ruling Communist parties, and worker participation is one of the central facts,” Gewirtz said.

Eventually, the Chinese leadership had enough of the protests and ordered the military into Beijing on June 4, 1989. Troops shot and killed at least hundreds of demonstrators.

“The government was decisive in stopping the turbulence. That was the correct policy,” said defense minister Wei Fenghe, at a regional forum earlier this week.

It is impossible to know how many people in China agree with him. The Communist Party censors and even detains those who want to commemorate the incident.

However, the party did make some concessions towards the protesters’ demands.

“There was a sort of deal struck, without ever being described that way. ‘How about if we give you more choices in various realms of your life, but not in the political realm,’” Wasserstrom said.

This includes more choices in what to buy, listen to, or watch. Also, Chinese citizens can now travel more freely within China and abroad.

Complaints about corruption and inequality continue to fester. The Chinese leadership is also worried about the economy slowing down and the uncertainty brought on by the trade dispute with the U.S.

However, Wasserstrom has not seen it build up to the same level as 1989, in part because students undergo intensive patriotic education in schools.

The pervasive use of social media has also made it easier for officials to monitor discussions, including private chats.

“[Officials will] allow them to let off steam if it only involves one social group, one issue and one part of the country,” Wasserstrom said. “[But] sharp messages are sent very quickly if any struggle starts to spill over.”

Shanghai native Liu left to study in Canada a year before the Tiananmen protests started.

He followed the protests through the Canadian media, but his communication with his family in Shanghai was limited because calling home from Canada cost him more than a month’s salary in China.

It was also difficult to set up the call because the nearest phone to his father’s home was a public one down the street. During the protests, which had spilled into cities like Shanghai, his father assured Liu on those brief calls that all was fine with the family.

Today, Liu is proud of China’s development. He says it was difficult when his family was ripped apart during the Cultural Revolution. However, they reunited.

Liu went on to work in a big Canadian firm. His siblings, who remained in Shanghai, have good careers, and all of them are looking at comfortable retirements.

“[I’m] very satisfied with my current life,” he said.