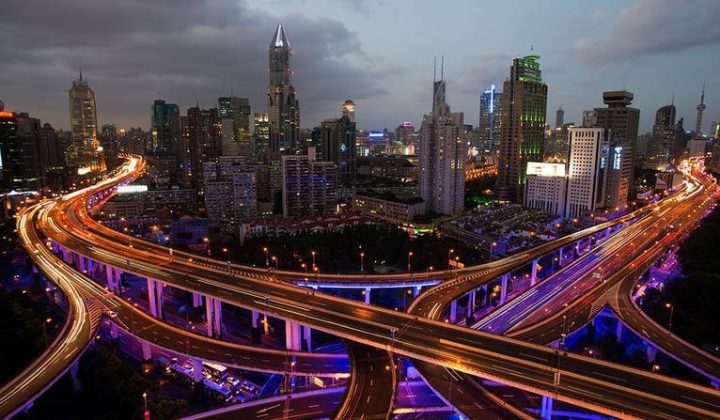 May 4, 1919 marks as good a starting point as any to consider China’s move to scientific relevance in the world. And the Communist Party is playing up this centennial anniversary. Scores of youths appeared on state television this week from the Great Hall of the People at the edge of Tiananmen Square, singing — actually, lip-syncing — a song commemorating events that kicked off on that date one hundred years ago.

“Nineteen nineteen would be the year that sparked China’s renaissance,” English-language state television stated. “Thousands of students gathered at the center of Beijing’s Tiananmen Square on the afternoon of May the Fourth.”

Back then, the students came to protest. Thousands of them vented collectively at events that occurred half a world away. In Versailles, France, the negotiators at the peace talks to end World War I sold China out, in the protesters’ view. China had contributed thousands of laborers to the Allies’ effort, and expected to be given back prime coastal Chinese territory long occupied by Germany. The Shandong Peninsula, which houses a critical port city to this day, is the ancestral home to Confucius.

Instead, the peace negotiators gave the land to Japan.

“When this news got back to Beijing, the students who were young, patriotic, nationalistic, were so angry, so outraged, they decided the only thing they could do was demonstrate,” said Oxford University historian Rana Mitter, who wrote about May Fourth in A Bitter Revolution: China’s Struggle with the Modern World.

Why was China so weak?

The demonstrations spread to other Chinese cities, prompting a broader question that angst-ridden intellectuals had been asking for years: Why was China so weak?

In preceding decades, China had lost countless wars to European powers and, to add further insult, its former vassal state of Japan. Each time, the foreign victors took control of key Chinese territories. “Carved up like a melon” was a phrase that went around. Imperial China had collapsed. And much of the Industrial Revolution in the West had passed China by.

The intellectuals during what became known as the May Fourth Movement searched for a fix.

“They argued that two characters were needed to deal with the problem,” Mitter said. “One was Mister Science. And the other was Mister Democracy. To completely rethink and retool China.”

Mister Science meant out with Confucius (though he’s since come back into fashion), and in with Einstein, Darwin and open debate. But this iconoclastic, no-holds barred era did not last. Three decades later, Mister Democracy went quiet, as China became a one-party state when Mao Zedong proclaimed the People’s Republic on October 1, 1949.

“Mister Science became a soldier of the Red Army,” Cornell physicist and science journalist Yangyang Cheng writes in SupChina.com. The party leveraged science to bolster its legitimacy, with propaganda that went like this:

“Scientific development in Mao’s China was very much following the Soviet model,” Cheng said, “where disciplines that directly contribute to national defense, such as the nuclear and space programs, were given priority.”

These were the early roots of China’s “techno-nationalism” of today, according to Evan Feigenbaum, vice president of the Carnegie Endowment for International Peace. Chinese science priorities “have strong antecedents in old strategies, policies, practices and predilections,” Feigenbaum wrote in 2017, “as well as deeply held ideologies about the relationship between technology and national power.”

Compared to the free-wheeling debate of 1919, the communist-era model put limits on science. The state decided which fields could thrive.

“It didn’t want to be infected by the idea of sort of Enlightenment thinking,” said Orville Schell, director of the Asia Society’s Center on U.S.-China Relations, “that science was a liberating force, that one had to let thinking go wherever it needed to go.”

Historically off-limits were cosmology — seen as inconsistent with Marxist ideology — and certain areas of the social sciences.

“So they had a very different notion of science,” Schell said. “But they wanted the end result, which was power.”

In some instances, the party used its authority to abuse science. From 1958 to 1961, during what was called The Great Leap Forward, Mao’s China employed new farming techniques – such as putting plants very close to one another – that failed. Low crop yields contributed to the starvation deaths of an estimated 36 million Chinese people.

“Today we see a very, very passionate interest at the highest levels of the party about bringing home Chinese scientists,” Schell said, “adopting modern, forward-looking scientific fields like AI, 5G, robotics.” By some independent accounts, mainland firms in China lead the world in fifth-generation, or 5G, telecommunications technology, as well as artificial intelligence.

The model is not without critics. Domestically, technological breakthroughs can be adapted for state priorities, including surveillance and weaponry, over the objections of their creators.

“There is less space for Chinese scientists to have conscientious objections to military applications of their work,” said Cheng. Many foreign governments and companies complain that Beijing’s top-down system provides unfair subsidies to domestic high-tech companies and walls off overseas competition. These issues are at the center of today’s trade dispute between the U.S. and China.

Going forward, a key question asked — inside and outside the mainland — is whether China’s limits on debate will, in the end, limit invention and innovation.

“There are still doubts as to whether a system which does rely on people having to behave in certain political ways is going to provide the space to allow the kind of people who will have really kind of wild thoughts,” Mitter said. “Could Steve Jobs have emerged in China?”

Proponents of China’s science and technology model note that it has often proved doubters wrong. Whatever comes next, an ultra-modern China will surely link its progress back to May Fourth, 1919, when a weak and angry country turned to Mister Science.