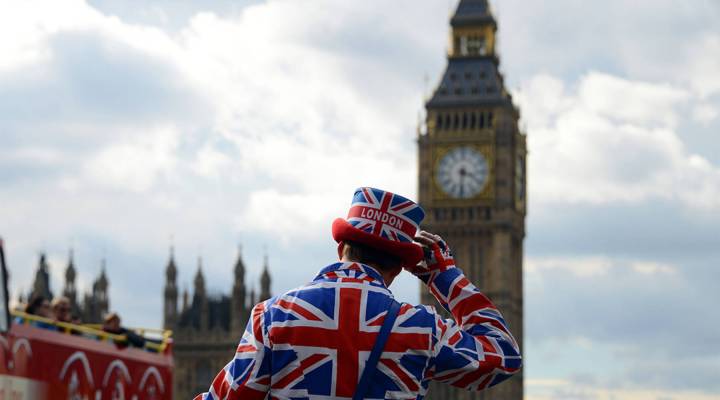 According to data from the Department for Business, Energy & Industrial Strategy, there were close to 5.7 million private sector enterprises in the U.K. at the beginning of 2018. As the fate of Brexit remains in flux, business owners across the country — from large entities to small boutiques — have been trying to figure out what business will look like when and if the U.K.’s departure from the European Union is complete.

As part of Marketplace’s reporting trip to the U.K. to help us understand why Brexit is important to people in the U.S., Kai Ryssdal spoke with business owners in London about the impact of Brexit on their livelihood, how they’re dealing with the present and preparing for the future.

Samantha Wallace is the co-business owner of From Field and Flower, a shop at Borough Market that sells flour and raw honey.

Occupation: Owner of From Field and Flower, Borough Market, London

How does Brexit impact your business?

Well, we have two problems around Brexit. One is we employ Europeans in our shop, so we work with European people who’ve lived here and have been here for years and years and years and had no problem. But now with Brexit, there is potentially a problem. And they weren’t allowed to vote [in the Brexit referendum] either, so that’s an issue. The other thing is that we work with small producers from around the world, and a lot of our honey comes from small producers in Europe. They rely on us a lot for their income. We are one of their major buyers, so we often buy a whole year’s supply of honey from a family of beekeepers and that is a massive income stream for them, but also a big part of our product that we do here. And with Brexit, that could become very complicated … and potentially very expensive at best, which could be very tricky for us to manage because we’re a very small business. And at worst, if we have a no deal, a lot of our honeys may get stuck for who knows how long. Months and months, potentially.

How is your business preparing?

We tried to stock up as much as we can, because we thought we were exiting on [March] 29th. But government has been a bit back and forth on the issues, shall we say. That’s a slight understatement. So we don’t know what to do now because we’re out of space. We have no space to stockpile anything else. We have very limited storage here in the market. But we’re also going to run out of cash flow because this means that we have to buy in advance a lot more than we would buy normally and we pay all of our suppliers on delivery, so we don’t have any credit or any terms because they’re so small. They need the funds, they can’t have big credit arrangements with people like us, sadly.

How much are you spending in preparation? What does that mean for your business?

I would say on average, certainly speaking for one particular supply line, which is from Italy, we’re talking anywhere between 5,000 and 10,000 euros a time, and that’s every three months … it’s relatively easy right now. But what happens after, whatever shape it takes, whatever change occurs, unless we absolutely give up on Brexit entirely, which would be very nice. … It’s going to cost us more for sure. Time-wise it has cost us a lot more to try and organize it, customs nightmares to deal with, all sorts of things.

Jean-Hubert Piquet is the manager at Une Normande a Londres, a shop inside Borough Market that sells a variety of cheeses and cured meats.

What does Brexit mean for your business?

Probably the rise of tax. The problem is we absolutely don’t know yet. Everyone is waiting [for] the government to tell us something.

How is business right now?

It’s quite OK. We don’t feel really like Brexit [is] going to happen and we don’t feel it. No, for cheesemongers at least, as we are selling fresh product, it’s the weather that’s the most important. If it’s hot, people are not really attracted to buy your big slice of Conde [Duque]. If it’s cold, yes. So we are depending more on the weather than on the Brexit for now.

What’s it like trying to start up a business in the U.K. now with Brexit?

As an American, there’s not too much that is getting in the way directly surrounding Brexit. I mean, obviously everyone is really nervous. The book trade is very lucky in that there’s already no [value-added tax] on books or tax between countries. No one is going to be changing the rules about how we sell and ship books, I don’t think. And yet, at the same time, if people are economically impacted and concerned, they spend less money. That affects everybody.

Do you source anything from Europe?

I do. I’ve gone to Paris several times and brought back some things. I was supposed to be at a conference this weekend — this was the original Brexit weekend date — and I was supposed to be at a conference called the Association of Writing Programs conference; I was giving a panel. And because of the air tickets and my costs of running my business, I got so worried about the idea that the airports didn’t have a [Brexit] deal that I would not get back, almost like a snow storm. Because on the website it’s very muddled. They’re like, “We expect delays.” But they don’t know for how long or how they’re going to process all the people coming in and out. So I just canceled. And then, as soon as I did that, they bumped Brexit.