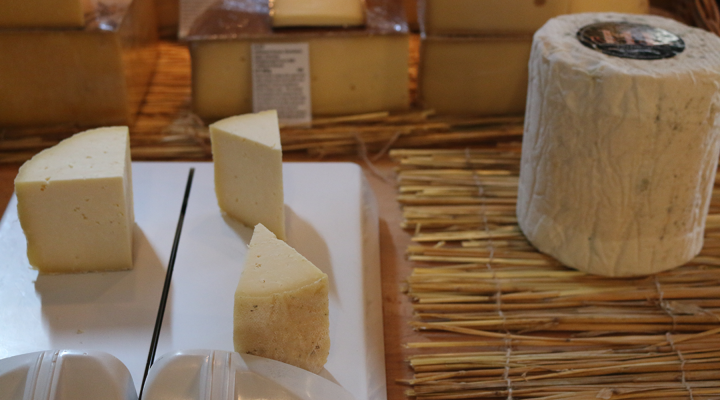 COPY
Wensleydale cheese, including a 5.5 pound wheel, at the London cheese shop La Fromagerie. This style of cheese is imported from the town of Bedale in North Yorkshire, England. Janet Nguyen/Marketplace
Brexit

Wensleydale cheese, including a 5.5 pound wheel, at the London cheese shop La Fromagerie. This style of cheese is imported from the town of Bedale in North Yorkshire, England. Janet Nguyen/Marketplace
Listen Now

The United Kingdom could leave the European Union in April…or maybe May. It’s not clear yet.

What is clear is that the last time the U.K. isolated itself from Europe — when Henry VIII kicked off the English Reformation and formally separated the Church of England from the Roman Catholic Church in the 1500s — could have marked the end of a rather delicious dairy product made on the island by French monks. Instead, it spawned a uniquely British product: Yorkshire Wensleydale cheese.

Author John Bull launched a Twitter thread about it…and we set it to music. Click the player above to listen. Or scroll through for the whole story: