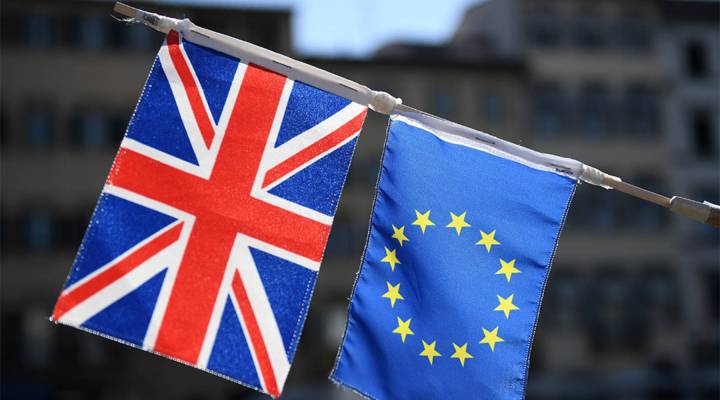 The U.K. is supposed to officially say goodbye to the European Union in the next couple of months, three years after voting to leave it. But the U.K. has failed to agree on a deal that would hash out rules surrounding immigration, border control and financial settlements.

There’s a lot of uncertainty going on in the region right now, and trying to understand all the details of the situation can get complicated — fast.

Basically, British Prime Minister Theresa May and the European Union have secured a deal over the terms of the country’s departure, but the U.K. Parliament has voted it down twice. The European Union has agreed to give May an extension of May 22 — if the British Parliament approves her deal. If it doesn’t, then the U.K. is set to leave the EU on April 12.

While all of this turmoil may be going on overseas, Americans aren’t isolated from it. The EU is the United States’ single-biggest trading partner, and if there’s a messy exit, then that could impact, yes, you.

So we asked you to send over any of your Brexit questions. You wanted to know how Brexit could affect the U.S. economy, what’ll happen to the British pound and why the U.K. wanted to leave in the first place, among other issues.

Marketplace’s Kai Ryssdal put your questions to BBC host Anu Anand. Below is an edited version of their conversation.

Why should Americans care about Brexit?

Ten years ago, during the U.S. financial crisis, Brits could have justifiably asked, “What’s the U.S. subprime market got to do with me?”

Here’s the thing with Brexit: After the referendum vote — and the U.K. hasn’t left the European Union yet — the Dow lost 600 points. Two trillion dollars of value was erased from global markets. That’s not small change.

American investment in companies in the U.K. is huge. Similarly, British investment in America is huge. Some people say that Brexit, however it happens, could affect up to 2 million jobs — British and American. It’s hard to say how many of which, but that’s a lot of jobs.

Global downturns affect us all. Brexit is part of that. Yes, it’s far away. And it’s detailed and boring, even for British citizens. But it does have an impact.

Why does the U.K. want to leave the European Union?

Immigration is one reason: Some people feel there are too many outsiders. Some Brexit voters cited a lack of control over local economies and globalization, others expressed deep skepticism and disdain of the European establishment.

Jobs are part of it. It is natural for people to equate more competition for jobs with the idea that they have less opportunity themselves, even if the two aren’t directly correlated.

But there’s another part to it that you hear in a lot of communities, even in London. People feel that the languages in their schools have changed, that there are a lot of parents and kids who don’t speak English, that, when they go to their free health care clinics, there are a lot more people there.

So Brexit isn’t just about a feeling of “these people are taking our jobs.” Even for some “Remain” voters, it’s also about this feeling of “I don’t recognize my hometown anymore. It just feels different.”

More than 1 million anti-Brexit protestors marched in Westminster on March 23. Is there the possibility of a second referendum?

Many people want a second referendum, but there isn’t a lot of parliamentary support for it — in mid-March, a measure to hold a second referendum was defeated in a vote. It also takes up to eight months to organize a referendum. The result of a second referendum would have to go through Parliament, which has already experienced chronic gridlock. That hasn’t stopped some senior cabinet members from continuing to propose it.

Why do Brexiteers think the U.K. will be economically stronger outside the trading bloc of the European Union?

Supporters of Brexit tend to gloss over the fact that trade deals take time to negotiate and also tend to dismiss any economic cost as a short-term hitch. They also feel some attachment to a historical view of Britain’s trading in an unbridled, flexible global world. But that’s not how things work today. May traveled to India for talks in April 2018, for example, and didn’t return with a post-Brexit trade deal. The notion of the U.K. being economically stronger outside of the EU trading bloc hasn’t been borne out.

What about bilateral trade deals?

As an EU member, the U.K. is automatically part of 40 trade agreements in 70 countries. If Britain leaves without a deal, it immediately loses all of that.

So far, U.K. has only made continuity deals — deals that, if the U.K. leaves chaotically, would keep things as they are for a while — with eight regions: Eastern and Southern Africa, Chile, the Pacific Islands, Caribbean countries, the Palestinian Authority, Israel, the Faroe Islands and Switzerland.

But the biggest trading partners with Britain, if you break it down by country, are still European countries. And those trade relationships can’t be considered until Brexit reaches conclusion.

What about the other 27 member nations of the European Union? Do they want to see Brexit happen?

No, because Britain is a valuable member. It is the world’s fifth largest economy. It’s also a gateway to America and a U.N. Security Council member. Half of Britain’s exports go the EU. Conversely, if you break down exports of the 27 member countries, 10 percent of each country’s exports go to the U.K. We tend to talk about the U.K. and the EU as if they’re equal halves, but they are not. Overall, the EU, at least in nominal terms, is the second biggest economy in the world after the U.S., meaning Britain has more to lose.

To what extent have people, markets, currency and the economy at large already taken into consideration the possible Brexit outcomes?

Following the referendum vote, the British pound decreased sharply in value. In the months that followed, it has been boosted by announcements to do with planning or postponement that would give businesses more time to prepare. Every no-deal prospect causes the pound’s valuation to go down slightly, but it rallies whenever prospects shy away from a volatile Brexit. Brexit isn’t the only thing impacting the pound, however. The global economy is slowing, the EU is slowing and investment is down in the U.K.

If I’m an American traveling to the U.K. on business, is anything going to change for me?

Overall, no. Visa rules won’t change for Americans. Americans visiting for work can generally stay in the U.K. for up to six months without a visa. Noteworthy are tourism numbers from 2017: The U.K. had the highest number of American tourists in more than two decades.

How, if at all, will Brexit affect the world of soccer and the increasingly lucrative money transfers of players?

The Premier League had $6 billion in revenue in 2016. Right now, the rules say that its teams can have up to 17 of what they call “non-homegrown” players —  so European or others — in their 25-man squads. Brexit, and certainly a no-deal Brexit, could change the visa and work permit rules. It would mean that even the European players would have to suddenly abide by general immigration rules.

The interesting thing about this is that the English Football Association, the governing body, is using Brexit as a bid to cut the number of foreign players on each team by five. This January’s transfer window was pretty quiet because teams didn’t want to spend millions on a player who may not have a right to be in the U.K after Brexit.

There is ill will between officials in the U.K. and the European Union. How big of a problem will this be?

Most people agree that political and diplomatic damage has been done. The fact that the EU doesn’t know whom it’s dealing with, with the U.K. Parliament speaking in hundreds of different voices, is a problem. Until Britain starts to speak with one voice, all of this acrimony over leaving is certainly going to color the much longer, much more important and much more complicated discussion about a future trade relationship — one that’s going to take years and will have much more of an impact, for generations, on the kind of economy Britain has.

Almost three years on from the Brexit referendum, there’s still division in the U.K…

The difference is that “Leave” and “Remain” see the problem through different prisms.

Those in favor of “Leave” see the local troubles as part of the one big thing, connected to immigration, the European Union and globalization.

Those supporting “Remain” see the cultural exchange and the trading as a positive thing, and think that these economic problems are perhaps related to something else. They think that you can have the EU and still exercise local control.