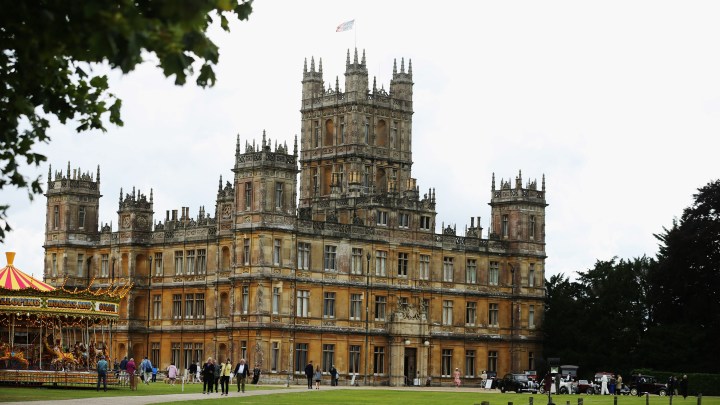 COPY
Following Brexit, the European Union may restrict the amount of British TV shows — like "Downton Abbey" — available in the EU. Above, visitors attend a 1920s themed event at Highclere Castle, the main set location of "Downton Abbey," in 2019. Isabel Infantes/AFP via Getty Images

Following Brexit, the European Union may restrict the amount of British TV shows — like "Downton Abbey" — available in the EU. Above, visitors attend a 1920s themed event at Highclere Castle, the main set location of "Downton Abbey," in 2019. Isabel Infantes/AFP via Getty Images
Listen Now

Has Brussels found an exquisite new way to punish the Brits for Brexit? The European Union is exploring the impact of the United Kingdom’s departure from the bloc on the audiovisual industry. As a result, the number of British films and other shows that appear on TV and streaming services within the 27 member states could be cut.

Supporters of the move say that the U.K.’s audio-visual dominance is threatening the cultural diversity of Europe. With TV series like “Downton Abbey” and “The Crown,” British filmmakers have won huge audiences in Europe, making them the dominant suppliers of high-end drama on the continent and earning more than $670 million in program sales a year.

But that cultural dominance and that income could now be in jeopardy under rules restricting the amount of non-European Union TV shows available in the EU.

“The European Union is protecting by rules its industry. Is it normal that after Brexit, U.K. works can benefit from this protection? I don’t think so,” said Jerome Dechesne, a leading figure in the French Union for Audiovisual Production (USPA).

Under an EU directive, more than 50% of the bloc’s TV airtime and 30% of the titles available on streaming services like Amazon and Netflix must be filled with European content. British TV shows are not currently subject to those quotas because, at the moment, they’re still defined as European. Dechesne believes that no longer makes sense.

“Of course U.K. culture is European,” he said. “But after the U.K. has left the EU,  should it have the protection of EU rules? I don’t think so.”

Brexit changes everything, agreed Juliette Prissard of Eurocinema, an association of French TV and movie producers. Outside the EU, she said the Brits are now free to act unilaterally and pose an even bigger competitive threat to the continental audiovisual industry.

“Some tax relief could be created and could lead to an unfair competition,” she said.

Already, she said, there are signs that the British government has big ambitions for U.K. producers.

“Boris Johnson has said quite clearly that his intent was to create a Hollywood on Thames,” she said.

In the U.K., news of the EU’s “impact assessment” has caused alarm and annoyance. Max Rumney, deputy head of PACT, which represents the British screen sector, said there’s no case for restricting U.K. content.

“To say European audiences need protecting against it is flying in the face of what audiences want to watch,” he said. “What we’ve said all along is that the best content should be available to the audiences.”

Brexiteers regard the moves underway in Brussels as another example of retribution for Britain having the effrontery to leave the EU.

“It looks as if they’re punishing us,” said Lance Forman, a former Member of the European Parliament for the Brexit Party. “This is nonsensical. Britain voted for Brexit. We’ve seen it through, we’ve Brexited. The EU just has to move on and accept this new reality.”

Prissard of Eurocinema insists that the impact assessment is not the first move in an attempt to penalize Britain. In fact, her organization has no objection to material that is exclusively British being aired and streamed within the EU as much as before.

Her concern is about the growing number of Anglo-American productions, which may look British but have the enormous benefit of U.S. financial backing. “The Crown” — one of the most expensive TV series in history — was an Anglo-American show.

“We want a regulation whereby a U.K. film, when it is considered European, is a real U.K. film and not an American film,” Prissard said.

Prissard vigorously denied that any attempt to curb the sale of U.K. TV shows in the EU would be payback for Brexit.

“We don’t want to punish the Brits, you know. That’s not the idea at all,” she said.

But none of this would be happening without Brexit. And, as underlined by one turbulent encounter in “The Crown” between Prince Charles and Princess Diana in which the heir to the throne complained about “this grotesque misalliance,” divorce can be messy. 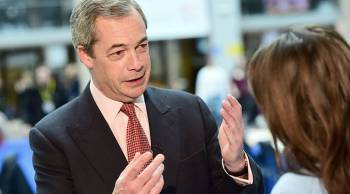