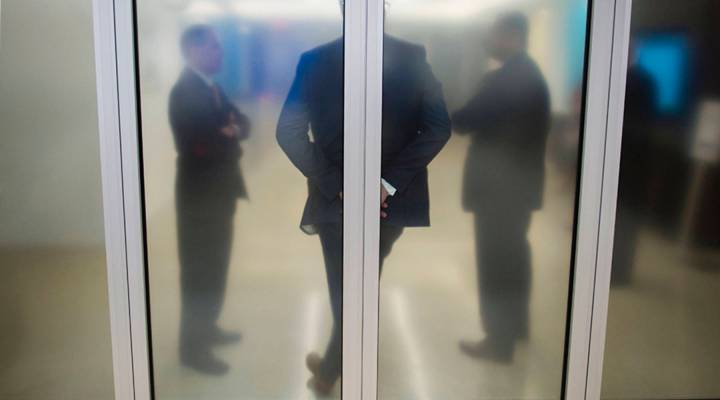 When Federal Reserve Chair Jerome Powell announces interest rates, it’s a decision he hasn’t made alone. Powell may get all the glory — or blame — but rates are decided by a vote of the Federal Open Market Committee, or FOMC. There are typically 19 members, but only 12 vote. Powell always votes, as do the six other Fed governors and the head of the New York Fed. But the presidents of the other 11 Federal Reserve Banks spread across the country rotate, four on, seven off. There’s a reason for that.

“If all the bank presidents participated each year, then the regional bank presidents would then dominate the FOMC,” said former Fed economist Ann Owen, now at Hamilton College.

The rotation hasn’t changed since 1942. Cities that had bigger populations back then, like Cleveland and Saint Louis, get the vote every other year. For cities that were on the frontier, like San Francisco and Dallas, it’s one year on, two years off.

“Historically, the vote meant everything,” said Peter Conti-Brown, a Fed historian at the University of Pennsylvania.

Conti-Brown said when it wasn’t your turn to vote, you had no voice. “And so rotating out, as members of the Federal Open Market Committee would do, meant you were rotating into oblivion.”

Conti-Brown said the culture started changing in the 1980s when then-Chair Paul Volcker was ratcheting up interest rates. Transcripts of the Fed’s meetings, released five years after the fact, show how bankers who didn’t have the vote slowly gained more input into interest rate decisions.

This graph from the Brookings Institution shows how non-voters on the FOMC gradually started speaking up in FOMC meetings.

By the time the financial crisis hit in 2007, everyone in the room seemed to have an equal voice.

And there was plenty of disagreement, but “the nature of the culture is, you don’t want to seem like you’re totally deviant, outside the norm,” said Richard Fisher, who was head of the Dallas Fed from 2005 to 2015. He said the Fed always presents a united front, but there are places to express yourself if you want to vent, like the speaking circuit.

“I made a lot of speeches,” Fisher said — speeches during the financial crisis about near-zero interest rates pouring so much cheap money into the economy that it was hurting savers and encouraging risky investments that, over time, might sink the economic ship.

“And that liquidity — if it got out of control — could capsize the ship,” Fisher said.

Fisher spoke at the Economic Club of New York in 2015, where he reflected on his decade at the Dallas Fed and called for the New York Fed to share the vice chair position on the FOMC.

“As I uttered those words, I could tell I was in the dog house,” he said.

People have questioned whether the voting rotation should be more, let’s say, even, but that would take an act of Congress. In the meantime, Boston; Chicago; St. Louis; and Kansas City, Missouri, moved into voting position today. Cleveland; San Francisco; Richmond, Virginia; and Atlanta moved out. The shift isn’t expected to tip the balance of the Fed any further toward raising interest rates — not with the economy as volatile as it is now.

Correction (Jan. 30, 2019): Previous versions of the web and audio story misidentified the year the FOMC rotation began. They have been corrected.