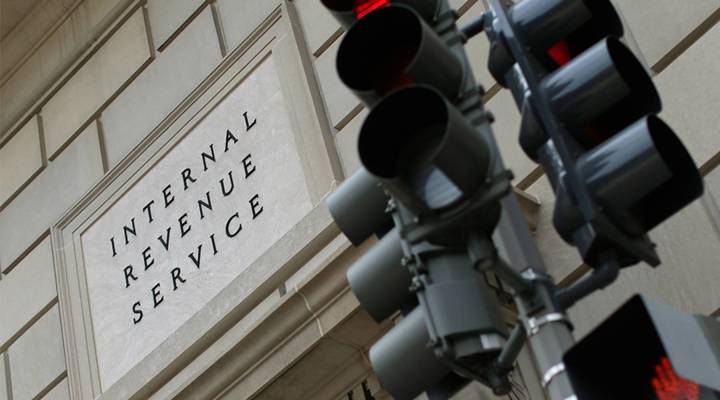 The IRS has released its final rules on a key tax break for businesses — the so-called “pass-through deduction.”

The new tax law cut taxes for corporations from 35 percent to 21 percent.

But that didn’t apply to certain kinds of businesses, like LLCs and S corporations. They’re called pass-throughs, and they pay taxes based on their owner’s personal income, not the corporate tax rate.

So Congress came up with a tax break for these kinds of businesses, too. They can deduct up to 20 percent of their income when they do their taxes.

Problem is, it’s not clear if certain kinds of businesses qualify.

After Congress passed the law, some tax experts said this new deduction could easily be abused.

So last summer, the IRS came up with some rules to keep people from gaming the system. They were more than 180 pages long and filled with caveats, like a list of businesses and industries that don’t qualify for the tax break. The list includes various fields, like accounting, performing arts and health.

In these rules, the IRS tried to draw lines between who gets the deduction and who doesn’t. But there were still a lot of questions.

For instance, would a nursing home be considered a health business? It may have medical staff but also provides things like housing, meals and activities.

The ambiguity left a lot of accountants and their clients wondering how to file their tax returns this season.

Now the IRS has published its final rules on the matter.

What do they say?

There’s a lot in there — the rules are 247 pages long — but one takeaway is that the IRS says it won’t come up with simple yes-or-no answers to some of these questions.

Take our nursing home example. In the rules, the IRS gives one scenario of a nursing home that would qualify for the deduction. But then it also says it’s not going to make a broad statement saying that every nursing home would qualify: “Whether such a facility and its owners are in the trade or business of performing services in the field of health requires a facts and circumstances inquiry that is beyond the scope of these final regulations.”

Another example: Accountants and real estate lawyers said it wasn’t clear in the preliminary rules whether certain rental property qualifies for the 20 percent tax break.

In the final version, the IRS said it would “decline to adopt a position deeming all rental real estate activity to be a trade or business for purposes of section 199A.” But the agency noted that it just released a new proposed rule that would help real estate companies figure it out.

We know one thing for sure: Accountants have some reading to do this weekend.