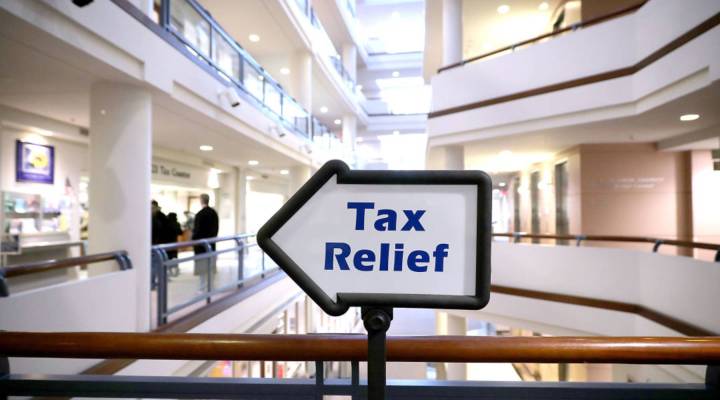 COPY
People ought to keep a couple things in mind when filing their taxes. Chip Somodevilla/Getty Images

People ought to keep a couple things in mind when filing their taxes. Chip Somodevilla/Getty Images
Listen Now

We’ve got new tax rules that were recently signed into law. Most of the changes from the new law will go into effect in 2019, but there are some issues people ought to think about right now. Investment adviser and certified personal accountant Jonathan Gerber shares five things you need to know about the new law.

1) What impact has the tax reform act had on the tax rates of most Americans?

“For most Americans, their effective tax rate went down, but for those of us living in states with high income tax, our rates may have gone up. This is because we previously had a state income tax deduction, meaning we could deduct our state income taxes from our federal income taxes, but that is now gone. There are a lot of moving parts when it comes to computing taxes, and so it’s hard to make sweeping generalizations. That said, just to give an example considering just federal taxes, if you are a couple earning between $100,000 and $177,000, your tax rate has been reduced from 25 percent in 2017 to 22 percent in 2018, and your standard deduction went up from $12,700 to $24,000. This means real savings for such a couple, but, again, there are many other important details that would need to be considered. At the end of the day, you have to sit down and do the math to see if your taxes will be higher or lower under the new law.”

2) How does the 20 percent deduction on flow-through business income work?

“This is probably the most misunderstood part of the new law, and the CPA community is still seeking some clarification on this issue. Under the new law, small business which are organized as an S corporation, partnership or a sole proprietorship will be able to deduct 20 percent of the flow-through income from that business on their personal income tax returns. The purpose behind this is to put these small businesses in line with the new lower corporate tax rates for larger corporations. However, the deduction is capped at $57,000, so for a business with more than $315,000 in qualified business income, the deduction is actually going to be less than 20 percent. In this case, “qualified income” just means income from a business where the owner isn’t also collecting money as an employee. Personal service businesses like those of doctors, lawyers and investment managers often have owners that also collect a salary as an employee, so these are the kinds of businesses that do not have qualified business income. There’s an exception to this for architects and engineers. Again, it’s complicated.”

3) What about estate taxes? Have those changed, too?

“Yes! Taxpayers can now leave as much as $11.2 million per person or $22.4 million per couple free of estate tax upon death! This is an unusually high limit and one that will likely be reversed in seven years when the law expires and could be legislated back down to $1 million per person, as it was as recently as 2003. Because of this much higher limit, many people are now doing what we call “up-stream gifting” where they are actually transferring their investments to the older generations so that when the older generation dies, the younger generation will re-inherit the amount free of estate taxes but with the step-up in cost basis that the IRS allows with inherited assets. It’s basically a mechanism that allows taxpayers to lower the amount of their investments that will be subject to capital gains taxes later on down the road. This is complete backwards from what we’ve seen historically, but it can make sense under the new law. We are seeing all kinds of creative plans being discussed.”

4) Does it still make sense to itemize expenses?

“It still depends on what a person’s expenses are. The standard deduction has gone up a lot under the new law, nearly doubling. You now get an automatic $12,000 standard deduction if you’re single and $24,000 if you’re a couple. And the deduction for state and local taxes is now limited to $10,000, so assuming you pay at least that much in state and local taxes, you’d be looking for another $14,000 in deductions to exceed the $24,000 threshold. Even with the mortgage interest deduction on a $400,000 mortgage, you’d still need another $8,500 in additional deductions for it to make sense to itemize. This example makes it pretty clear that, now with the much higher standard deduction, a lot of people who should have itemized in the past are not going to be itemizing under the new law.”

5) How does the new law affect the tax benefits of charitable giving?

“Since most Americans will no longer benefit from itemizing their deductions, the tax benefits from charitable giving for these Americans will essentially go away. There are, however, a few ways around this. The first is for those who are over 70 ½ years old and have individual retirement accounts. They can use their required minimum distribution and direct it to charity instead of their own checking accounts. In this way, the distribution doesn’t register as income and avoids income taxes altogether. The second approach applies at any age, and that is to lump several years’ worth of charitable donations into a single year and put this money into a donor-advised fund. This allows the taxpayer to take the deduction for the full amount in the year of the donation, getting them to a level of itemizing in just that one year, and then dole out the funds from the donor-advised fund over the subsequent three or four years to the organizations you wish to support in years when they are no longer itemizing, but can still support their favorite cause.”