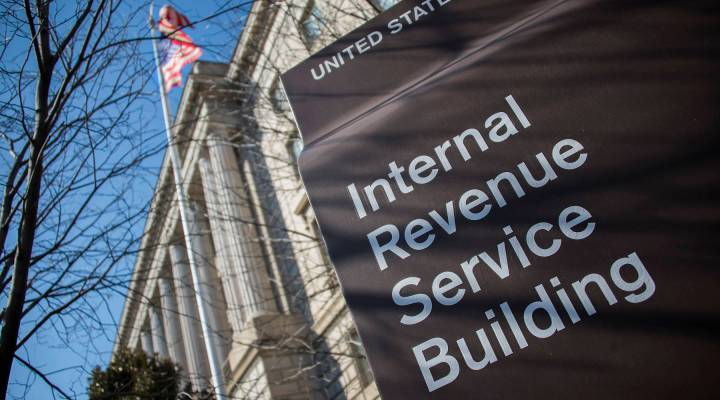 Thousands of homeowners are rushing to prepay their 2018 property taxes before the end of the year, hoping to take advantage of the state and local tax (SALT) deduction before it shrinks when the new tax reform bill goes into effect.

Typically when you file your federal tax return, you can deduct what you paid in state and local taxes, including property taxes and income taxes. Next year, taxpayers will only be able to deduct $10,000 in state and local taxes. So homeowners are trying to squeeze in an extra deduction now. The idea was that paying your taxes early —  before the end of this year — would mean that they can deduct it from their 2017 taxes before tax reform kicks in.

The IRS threw some cold water on that whole plan last night.

This means that only those who already have their 2018 tax assessment can pay their taxes early in order to get the deduction.

“You can’t just send money to the government and say: ‘Put this on my tab to pay taxes down the road.’ You have to actually have an assessment and a tax bill effectively in order to prepay the taxes for next year,” explained Roberton Williams, a fellow at the Tax Policy Center.

Some counties will not do their property tax assessments until the new year. For example, in Fairfax County, Virginia, taxpayers will not receive their 2018 bills until sometime after February once the assessments are made.

“At this point, people can only guess what the taxes would be and the IRS has said that’s not good enough,” Williams said.

However, Fairfax County in Virginia collected almost $16 million in tax prepayments on Tuesday, according to the Washington Post. More than 1,700 property owners went in to pay their 2018 taxes early while another 750 sent in wire transfers and 650 dropped off payments in a government lockbox. And the payments kept coming on Wednesday. Yet since these prepayments were made without official assessments, it looks like they might not qualify for the deduction.

“We don’t know the full impact of that [IRS] statement yet,” county spokesman Jeremy Lasich told The Post. “We’re still studying that.” The county would devise a reimbursement plan if it cannot accept the prepayments, he said.

Virginia is not the only state to see homeowners lining up in hopes of squeezing in last-minute tax payments. Other states where people have been lining up include New York, New Jersey, Maryland and California.

“This is particularly confusing because the rules change so abruptly, affecting relatively few people, but high income people in high tax states,” Williams said. “Those people are saying: ‘Let me see if I can take advantage of this and save a few dollars on this year’s taxes in anticipation of higher taxes next year.’”

According to him, most of the people lining up hoping to take advantage of a last minute deductions belong in a higher income bracket.

“About 80 percent are in the top fifth, the richest fifth of Americans. And there are relatively few of them,” he explained. “Overall, only 30 percent of taxpayers itemize now, and only about 10 or 12 percent will itemize once the new law goes into effect. So it’s a small group of taxpayers at that top end of the income distribution who will be affected.”