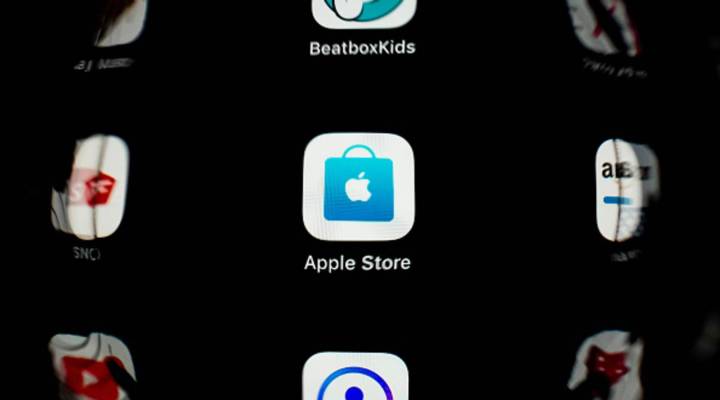 COPY
This illustration picture taken on April 19, 2018 in Paris shows the tablet and smartphone app for the Apple Store. LIONEL BONAVENTURE/AFP/Getty Images

This illustration picture taken on April 19, 2018 in Paris shows the tablet and smartphone app for the Apple Store. LIONEL BONAVENTURE/AFP/Getty Images
Listen Now

App sales from Google Play and Apple’s App Store are estimated to be a part of a $101 billion industry. Both companies make a profit by charging developers a 15-30 percent fee every time a consumer purchases an app, a model that has sparked criticism from companies like Netflix, Amazon and Spotify. A group of consumers also filed a lawsuit over the fees, saying Apple has a monopoly on the app market, driving up prices. Their argument was heard by the Supreme Court in November. Shira Ovide, a tech columnist for Bloomberg Opinion, spoke to Marketplace host Kai Ryssdal about the fate of Apple’s App Store and why the company is eager to keep collecting the fees.