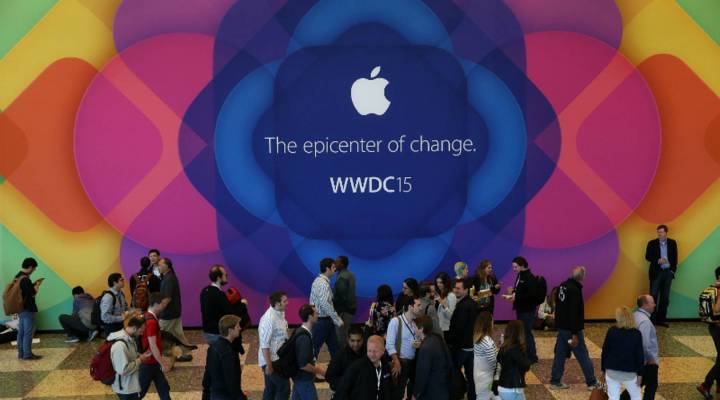 Next week is a big one in the tech world news: WWDC, Apple’s developer conference, kicks off in San Francisco on Monday morning with a 10 a.m. (PT) keynote. And it’s widely expected to be … kind of boring?

That’s to hear some of the press tell it, anyway, based on rumors that there won’t be any hardware announcements and only minor software improvements.

I would argue that while hardware is sexy, there are plenty of ways to make software, apps, artificial intelligence and the like interesting — but you have to have something to say.

And it’s true that at WWDC, that’s far from certain.

For this week’s Dispatch, I took advantage of being in New York to jump in a studio with Ben Johnson, host of Marketplace Tech, so we could engage in the time-honored tradition known as “the WWDC preview.”

We handicapped the possibility of a major Apple TV update — I predict some sort of exclusive content tie-up but short of a full-fledged OTT subscription. We wonder what might happen with Siri  — rumors suggest Apple will open up the platform and maybe even work on an Amazon Echo competitor (we are both highly doubtful).

And of course, there’s Apple Music. Sure, it had a big install base and lots of auto-renewing credit cards, but it’s hardly made a splash in the crowded music subscription field. What would it take to get us to switch?

The general takeaway, though, is that WWDC is likely to be a slightly low-key event, unless Apple has recently gotten much, much better at keeping secrets. And if it doesn’t wow, what’s next for the once unstoppable tech giant? Boring seems a terrible fate.

One thing we do already know is that Apple is planning a major overhaul of the App Store, which (in extremely uncharacteristic fashion) it revealed before the event. The new store will let companies buy paid search ads to push their apps to the top of the heap, and it will let all app developers create subscription apps — not just music, video, services and news apps.

That’s great, on the one hand, because it lets apps with lots of recurring content (like video games or productivity apps, for instance) sell subscriptions and regularly update. On the other hand, it’s likely to encourage a lot of annoying subscription forcing, because it rewards developers if customers stay subscribed to their apps for a year or more — improving the revenue split from 70/30 to 85/15.

But here’s the other question: If Apple is announcing relatively big changes to the App Store ahead of its developer conference, full of the people who make the apps that go in the App Store, what’s it making room for at the actual event? Maybe the company is set to surprise us after all.

Have a listen to the rest of our series and please subscribe! You can follow Dispatch more closely by creating a Soundcloud playlist right here. Or you can also add our feed to your podcast player. In Podcasts on iOS, click the plus sign and paste in this link: — it’s a similar process for almost every other podcatcher app.