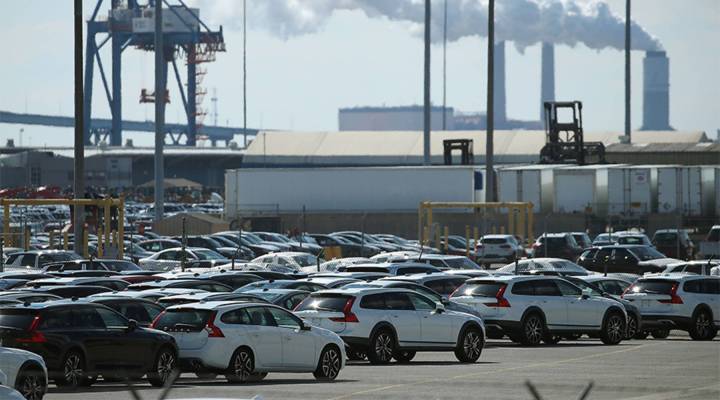 What a year to cover trade. There’s been no shortage of news, much of it quite dramatic. Here’s five things we’ll be watching in 2019.

President Trump announced tariffs on imports of steel and aluminum in March 2018. They are still in effect for most countries, including close allies and trading partners like the EU, Mexico and Canada, but there has been increasing pressure on the Trump administration to lift them, especially after the U.S., Canada and Mexico agreed on terms to update NAFTA.

The Commerce Department has also come under scrutiny for how it’s reviewing U.S. companies’ requests to be exempt from steel and aluminum tariffs, and the Government Accountability Office (GAO) has announced it will review the process early next year. Separately, President Trump’s use of national security to justify tariffs is being challenged in the U.S. Court of International Trade.

President Trump has repeatedly threatened to levy tariffs on imports of cars and car parts. The Commerce Department is investigating whether auto imports threaten national security under Section 232 of the Trade Expansion Act of 1962 — the same rationale used to justify the steel and aluminum tariffs. It has not yet released its final report and recommendation to the president, despite reports that a draft was circulated internally in early November.

3) The start of trade negotiations with Japan, UK and the EU

In October 2018, the United States Trade Representative notified Congress of its intent to start trade negotiations with the EU, UK and Japan. While talks with the UK cannot begin until after it leaves the EU, talks with Japan and the EU could begin in early 2019. Currency manipulation and market access in the auto sector will be key hurdles in talks with Japan. The EU has said increasing access to its agricultural markets will not be part of the talks, upsetting U.S. farmers.

The U.S., Canada and Mexico signed an updated NAFTA, now known as the U.S.-Mexico-Canada Agreement, at the end of November, but it now awaits congressional approval.

Democrats, who will take control the House of Representatives next year, have said they require changes to the agreement before they’ll approve it — in particular, they want stronger enforcement mechanisms for the the labor and environmental provisions in the agreement. President Trump has threatened to pull out of the original NAFTA as way to try to force Congress to quickly approve USMCA.

The future of the U.S.-China trade relationship is perhaps the largest question mark in 2019. The U.S. has tariffs in place on about $250 billion worth of imports from China, roughly half of all imports from the world’s second largest economy. The Trump administration has threatened to raise those tariffs and expand the amount of products covered, but agreed to hold off on any increases until March 2. During the 90-day delay, the U.S. and China will try to negotiate a solution to U.S. concerns about China’s large trade surplus with the U.S., market access for U.S. businesses in China, and forced transfers of U.S. technology and intellectual property to Chinese firms.

The Chinese have signaled some willingness to compromise, but whether it’ll be enough to satisfy U.S. complaints and how flexible U.S. negotiators are willing to be remains to be seen.

However, tariffs are but one aspect of an intensifying economic rivalry between the U.S. and China. In 2018, Congress passed legislation to strengthen U.S. oversight of foreign investment in the American firms, as well as initiate a review export controls around emerging and foundational technology products.