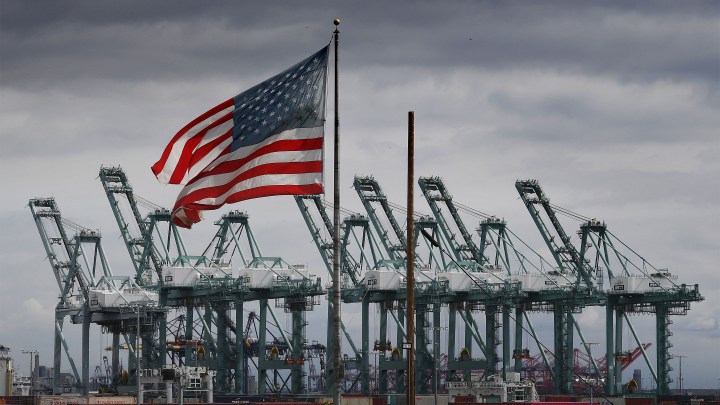 In a couple of tweets over the weekend, President Donald Trump threatened more tariffs on more Chinese goods. It’s another twist in a long saga that’s had a lot of turns already, and it’s just one of several international trade disputes the Trump administration is currently involved in. That’s why we figured today would be a good day for a trade war update.

Soumaya Keynes is the U.S. economics editor at The Economist and co-host of a podcast about international trade and policy. She talked with Marketplace’s Kai Ryssdal about where things stand with the steel and aluminum tariffs that the administration imposed under Section 232 of the Trade Expansion Act of 1962. They also talked about the tariffs on various goods from China the that the president is talking about expanding using Section 301 of the Trade Act of 1974. The following is an edited transcript of their conversation.

Kai Ryssdal: The reason we got you on the phone is so you can explain the state of play, and let’s take the Section 232 steel and aluminum tariffs first, if we could. Where do things stand with those?

Soumaya Keynes: Well, they’re in place. We have tariffs on steel, tariffs on aluminum. In theory, some of them were supposed to come off perhaps after the USMCA — the new agreement with Mexico and Canada — after that was agreed, but it doesn’t look like there’s a huge amount of progress in those discussions. As things stand, they’re in effect, and there’s fairly good evidence that American consumers are paying more for steel and aluminium as a result.

Ryssdal: Yeah, there have been some academic studies showing exactly that. And these are in effect now on Canadians, on the European Union, on Mexico, traditionally our allies in global trade, right?

Keynes: Indeed, and that’s what makes them so strange because these Section 232 tariffs are supposed to be in the name of national security. It does seem odd that America has decided that imports from its allies are a threat to its national security in effect.

Ryssdal: OK, so to the ones that the president has been tweeting about the past day and a half or whatever, they’re called Section 301, and they are all about unfair trade practices, and there have been several tranches of these.

Keynes: Indeed, so much fun for us trade nerds. But roughly you can put them into two buckets. The first bucket, the tariff is around 25%, and in theory, they’re on the special high-tech goods the U.S. is targeting because China has these plans to specialize in these high-tech goods, and the U.S. doesn’t like that. The second bucket is on around $200 billion worth of imports from China. There the tariffs are lower, they’re 10%. And it’s this bucket that the president has just threatened to increase the tariff, so to raise that tariff in 10% to 25%.

Keynes: Pretty much. Yeah. And I think that sounds alarming, and it is, it’s a lot of stuff. One thing to say is that it’s unlikely that those tariffs could happen overnight, and therefore there’s some chance that maybe they’ll reach a deal before that actually goes into effect.

Ryssdal: Very quick follow up question, and then I’ll let you go before we get too far down in the weeds on this stuff, and it goes like this: The president has been unpredictable, to be charitable, with his trade policy pronouncements. The market clearly, after an early morning freak out about this, has decided maybe it’s not so bad. What do you believe, based on your reporting, the odds are that this actually happens on Friday?

Keynes: Oh, that’s a toughie. The thing I was really watching for today was whether the Chinese delegation was going to come on Wednesday. It now looks like they are going to come, in which case there will be a round of negotiations, and it is, I think, still fairly likely that there is some agreement by the end of the week. That said, predicting what the president is going to do is a fool’s errand, and so I could well be wrong.