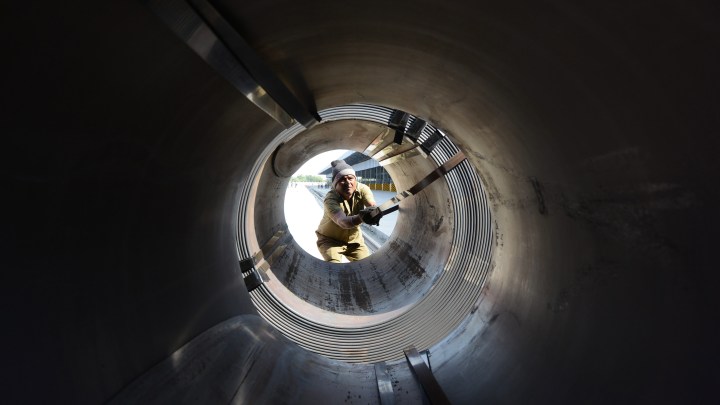 Hearings begin today looking into the effect of further raising U.S. tariffs on Chinese goods. In early July, higher import taxes could kick in on all sorts of things: clothing, sports equipment, mobile phones, laptops. This weekend, India hit the U.S. with some retaliatory tariffs of its own, a response to U.S. steel and aluminium penalties levied on many countries.

Marketplace’s David Brancaccio spoke to the BBC’s Anu Anand about the tariffs. Below is an edited transcript of their conversation.

David Brancaccio: When the U.S. raised tariffs on foreign metals, we saw countries like Canada and Mexico responding right away, or at least pretty quickly. Why did it take so long for India to respond?

Anu Anand: Well, it did respond. It did say that it was going to increase tariffs on U.S. imports, but it didn’t actually implement those threats. I think part of the reason was that there were these ongoing talks between India and the U.S. And remember that India was facing this big national election. Now that’s out of the way, Prime Minister Narendra Modi is back with a huge mandate, and the fact that President Trump removed India from that generalized system of preferences where roughly $5 billion worth of Indian goods were coming in tariff-free, I think India now feels it can respond. And so it has raised tariffs on things like American apples and almonds and walnuts.

Brancaccio: I’ve been writing this using the phrase “trade tensions” [between the] U.S. and India. Would you say it’s now a trade war?

Anand: I don’t think it’s a trade war yet. In 2018, total U.S.-India trade was worth $142 billion. That’s a sevenfold increase since 2001. So nobody really wants to completely upset that, but certainly there are barriers. The U.S. wants much more open access for things like U.S. dairy goods and medical devices. And India is trying to sort of protect both its growing economy and the developing parts of its own economy.