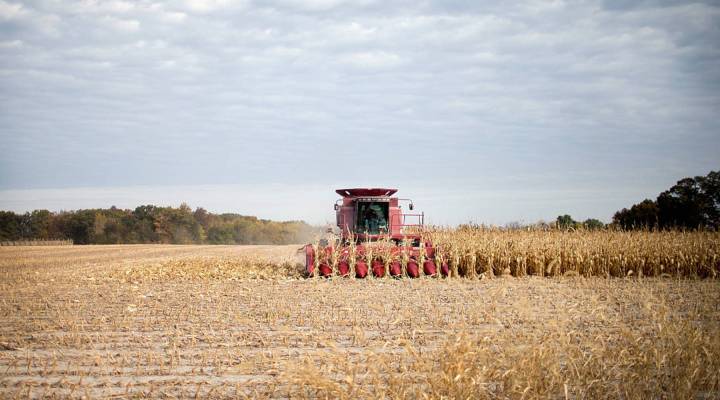 Many farmers in North Carolina are still reeling from the flooding and wind damage Hurricane Florence brought on them last month. But some will tell you things were bad even before the storm.

Commodity and produce prices are down, labor costs are up and making a living on a farm is tough.

Burch Farms is one of the largest vegetable growers in North Carolina. The family farm covers 8,000 acres in the southeastern part of the state. The Burches grow broccoli, sweet potatoes and a bunch of leafy greens.

Little Jimmy Burch and his dad, Big Jimmy, are sitting behind a computer with Microsoft Excel open. They’re crunching numbers in the office adjacent to the fields. Little Jimmy said they weren’t having a good day.

“This morning, right before lunch, we were notified that we lost three major customers that we had last year just due to contract pricing,” Little Jimmy said.

But Burch Farms can’t afford to lower prices. Its labor costs are up $4 per hour from three years ago. Its employees are mostly migrant workers from Central America, here on a government-sponsored visa program. They earn $11.50 an hour, and they get free housing and transportation.

“Then we got our customers pushing us down on price,” Little Jimmy said. “For the past three years, we’ve been told by all of our customer base we’ve got to get lower, lower, lower.”

The Burches could significantly reduce their labor costs if they hired local labor: The minimum wage in North Carolina is $7.25, and locals don’t get free housing.

But unfortunately, “nobody [local] wants to work on a farm,” Big Jimmy said. “Not in the fields, anyway. Nobody. That’s just the way it is. Americans are raised not to want to work on a farm.”

Big Jimmy’s in his 60s and most of the farmers he knows are about the same age. According to the U.S. Census Bureau, the average age of a farmer in the United States  is 58.

Getting young people excited about farming is tough, according to Larry Wooten, president of the North Carolina Farm Bureau. They want to make money, but the margins in farming are lousy.

Little Jimmy Burch grew up on the family farm, but at 42, he says he’s already burned out. And he’s considering getting out of the business.

His dad, Big Jimmy, has a simpler way of putting it.

The United Nations estimates that worldwide food production will need to double by 2050 to keep up with population growth. The Burch family, along with agricultural economists around the world, say they don’t have any idea who is going to grow it.