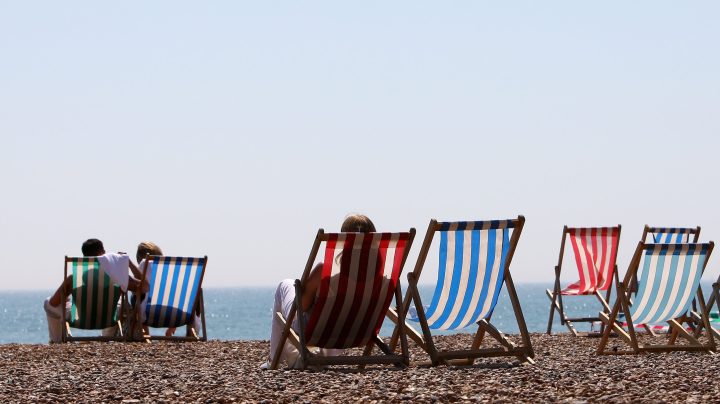 COPY
While some teenagers use their summer break to relax from the daily grind of school, many use the free time as an opportunity to pick up a summer job. Mike Hewitt/Getty Images
My Economy

While some teenagers use their summer break to relax from the daily grind of school, many use the free time as an opportunity to pick up a summer job. Mike Hewitt/Getty Images
Listen Now

As businesses look to staff up after more than a year of the pandemic, teenagers are picking up more jobs.

The ratio of workers aged between 16 and 19 reached nearly 32% in June, according to the Bureau of Labor Statistics, compared to about 25% a year earlier.

Bahja McClatchey, a 17-year-old from Chicago, is working at her summer job as a crew leader at Chicago Lights Urban Farm on the city’s North Side.

“I’ve been there since I was about 13,” McClatchey said. “What we do there is we grow vegetables, we harvest flowers. I just love doing it.”

McClatchey said she made the decision to work partly because to pick up experience and skills that could benefit her in the future.

“I wanted to work when I was pretty young because I felt like it will go a long way, will help me to handle money, basically provide for my own self when I get older,” McClatchey said.

Another reason driving McClatchey’s decision to work on an urban farm is her desire to pursue a career as a chef.

“The total stipend is like $850, but I don’t really do the farm for the money, I just like going there, and I want to go to culinary college,” McClatchey said.

In the meantime, McClatchey said she’s saving her earnings for a big personal purchase — she’s saving up for a car.