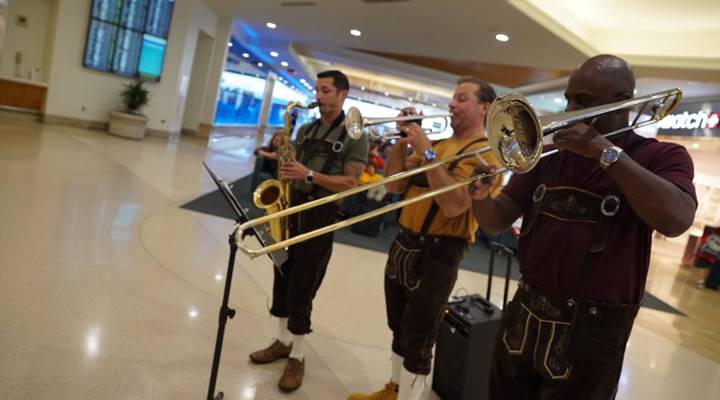 The lobby of Orlando International Airport’s Terminal A looks like an indoor festival. Some travelers lug suitcases past a live band while others explore local shops. Debbie Stricso is used to seeing travelers walk in and eye the shelves of her local boutique, called Naturally Inspired. She sells a mix of products, including U.S. military tents repurposed into handbags, as well as earrings and scarves.

“The merchandise is very colorful, so a lot of times people are walking by and then come in,” said Stricso, pointing to an orange-patterned handbag.

Airport officials estimate that about 126,000 travelers pass Stricso’s store every day because it’s in a prime location: right by the food court. Stricso started the store seven years ago, leasing space from an airport contractor for a kiosk.

Airport operators across the country are digging into their pockets to upgrade old terminals and build new ones. They’re trying to get travelers to spend more money and help fund airport operations by adding more dining and retail options, many local.

“It kind of helps make the travel experience more enjoyable and more unique and is more likely to increase revenue because you’re purchasing something that you can’t get elsewhere,” said Anna Amir, an industry analyst for the market research firm IBISWorld. The firm estimates that nationwide retail will account for about 11 percent of airport operations revenue in 2018. More and more airports are banking on local stores.

Orlando is one of several major cities, including Chicago, New York and Los Angeles, undergoing airport expansions. Orlando’s will cost $1.6 billion. That will include 80,000 square feet of retail space with room for Florida’s big-name tourist destinations, like Disney, Universal and Kennedy Space Center, according to Stan Thornton, chief operating officer for the Greater Orlando Aviation Authority. There will also be Florida-specific food vendors.

Revenue from stores and restaurants accounts for about $62 million, or 11 percent, of the Orlando airport’s operating budget. That could help hold the line on the $4.50 facilities fee that passengers pay when they fly from there. 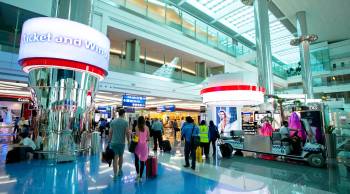 For holiday shopping, try the airport