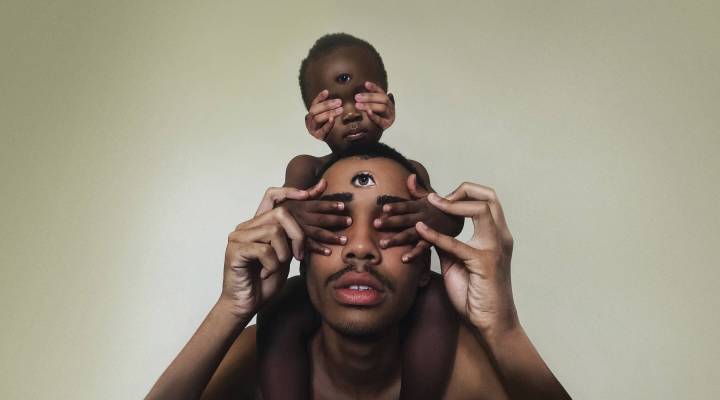 COPY
A new show from artist Terence Nance and HBO, "Random Acts of Flyness," dives into a lot of issues you don't often see discussed with such creativity on television, including police brutality and queer relationships. HBO

A new show from artist Terence Nance and HBO, "Random Acts of Flyness," dives into a lot of issues you don't often see discussed with such creativity on television, including police brutality and queer relationships. HBO
Listen Now

Hollywood and television, specifically, are usually pretty risk-averse places. It often goes like this: find a formula, make a show that follows that formula, lather, rinse, repeat. But every once in a while, you come across a show that is anything but risk averse. “Random Acts of Flyness” on HBO is one of them, and it’s tough to categorize, but we can say that it’s about race and this society, and it’s sometimes funny, but often in painful ways. Marketplace host Kai Ryssdal talked to the show’s creator, Terence Nance, about how and why it’s made. The following is an edited transcript of their conversation.

Terence Nance is the director and creator of the HBO series, “Random Acts of Flyness.”

Kai Ryssdal: I need you to give me the concept behind it. What’s the what’s the the basic idea of this thing?

Terence Nance: The basic idea is to create something that is a portrait of a community’s subconscious that has the potential to shift consciousness.

Ryssdal: Wow. I mean, that was like 25 words and there’s a whole lot in there. Well, you know, I’ll tell you what, watching a couple episodes, it made me feel and think and wonder a whole lot. But probably what we need to do is get a little more concrete for the listeners to this interview, because this is an intensely visual thing that you’re putting on television. So I want you to tell me about the thing in the pilot with Jon Hamm and about that ointment, that infomercial that cures white thoughts.

Excerpt from “Random Acts of Flyness”: (Jon Hamm speaking) “Do you suffer from white thoughts? White thoughts are a symptom of an aggressive disease called acute viral perceptive albinitis.”

Ryssdal: First of all, give me the thumbnail sketch of that skit.

Nance: Yeah, I mean, it’s a infomercial where Jon Hamm as Jon Hamm is trying to sell white people a product that will dissolve their whiteness and kind of posits that whiteness is a virus that congeal[s] or collects economic and social power to perpetuate white supremacy. So, you know, he’s saying you can dissolve it with this product.

Ryssdal: You just rub it on your temples and you’re cured, right?

Nance: Yeah, it just goes away. At some point, the segment breaks and, like, we kind of question whether as black artists focusing on white people and the extent to which they can dismantle white supremacy is even something we should do.

Ryssdal: So that Jon Hamm thing butts up against — and I can’t remember in sequence whether it came before or after — a skit called — and maybe skit is the wrong word, but we can get to that — an element called “Everybody Dies.”

Ryssdal: Which, holy cow, is dark and oh, my gosh. So give me the thumbnail sketch of that one so listeners can sort of understand where you’re going here.

Nance:  Yeah, “Everybody Dies,” you know, originated as a short film written and directed by Nuotama Bodomo, who’s one of the writers and directors on the show. But basically, it’s about the flow of emotions that, you know, I experience, at least, and I think a lot of black people experience when confronted with the fact that the state, as represented by the police, murders black people with impunity. And I think that flow of emotions goes from like anger, despair into just like absurdity and then obviously sometimes absurdity kind of morphs into something like laughter, laughter to keep from crying, and then kind of back into despair. And I think that’s most embodied in, like, this character of the Grim Reaper, who you would think would have some ability to kind of be above the kind of human drama of state-sponsored violence killing black people, but because she’s black, she can’t even escape it. And I think that’s heavily allegorical for my subjectivity experiencing that.

Excerpt from “Random Acts of Flyness”: (The Grim Reaper singing) “Take my hand, walk through the door, and you’ll live in this world no more.” (children screaming)

Ryssdal: Whose consciousness are you trying to shift? Who are you doing this show for?

Nance: I think on some level, it doesn’t matter. You know, I think that who ends up experiencing it is out of my control. But I do think that the only person or people that we can reliably make this show with the expectation that they will watch it, is ourselves. I’m the first audience, the other creators are the first audience of the show, and then by extension, other members of our community who we’re in dialogue with and especially younger versions of ourselves.

Nance: You know, I think if you think about the words that we associate with television, you know, program. You know, what is a program? A set of instructions that will hopefully change how something behaves. What is a channel? What is channeling? Those concepts are really important to the idea of the show, which is to hopefully retool or be a means of retooling their point of view. You know, television is kind of uniquely suited and has always been a means of propagandizing or shifting consciousness in a variety of ways.

Ryssdal: It’s called “Random Acts of Flyness” on HBO. Terence Nance. Terence, thanks a lot, I appreciate it.

Ryssdal: The more that I watch it? All right. Fair enough.