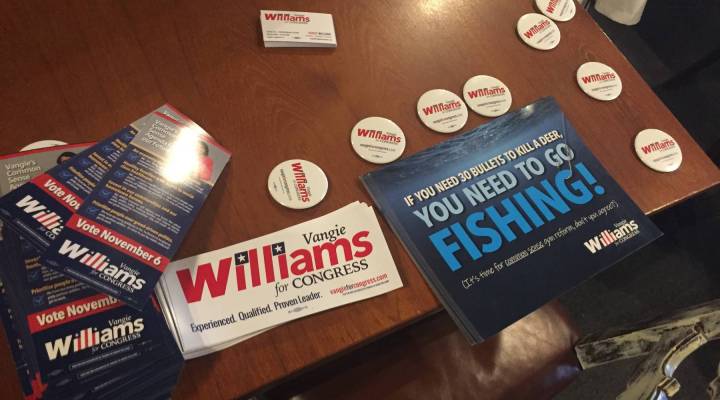 The midterms are just weeks away and for many first-time candidates, the election will signal not only the end of the campaign, but the end of a crash course in how to run for office. And how to ask for money.

“This is something that really keeps a lot of people from wanting to run,” said A’shanti Gholar, national political director for Emerge America, a group that teaches women the ins and outs of running for office. “Fundraising just absolutely terrifies them because it’s one of those things that, for the majority of the population, particularly candidates, is out of their comfort zone.”

First-time candidate Vangie Williams, who won the Democratic primary in Virginia’s first district, went through Emerge America’s training. She said she’s been perfectly fine talking about money in her work as a strategic planner and in her former job as a real estate agent. But asking for campaign donations has been a different experience.

“I understand why it’s so hard now,” said Williams. She’s also come to understand that, “asking for money is not the problem. It’s literally that a lot of people have no money.”

Many of Williams’ supporters are low-income. So they give in other ways, says Williams, mainly with their time.

Also, Williams notes it’s becoming easier to raise money following her primary win, since major endorsements often come with email lists that draw donations from outside the district and state.

As long as you know how to ask.