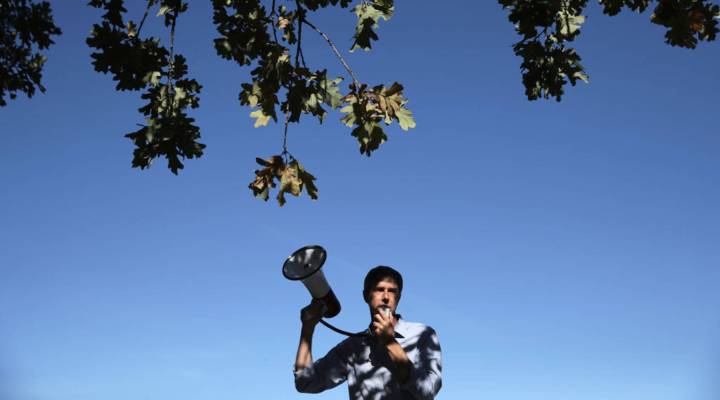 Many congressional candidates are headed into the final stretch before the midterms with a record amount of cash on hand.

In the last days before an election, “you want to be at your maximum spend level to reach the voters who may just be tuning in at the last minute,” said Republican strategist Chris Jankowski.

Although, in this race, it’s been hard to tune out. Tim Duggins, a pastor in central Virginia, said he’s received phone calls at home and been bombarded with TV ads. “It just feels like every commercial break or every pause,” he said.

But candidates have to be careful with their final spending choices, said Molly Allen, a Democratic consultant and fundraiser.

“They don’t want to be left with any money on the table because … if they end up losing, they’ve got money in the bank,” she said. “What else could they spend it on in order to turn out the vote?”

“So, it’s all a gamble that the campaign manager and the consultants and the candidate all have to make together and understand the risk they’re taking,” she said.

Republican strategist Jankowski has seen many campaigns miss the mark over the years. Some candidates, especially a few GOP incumbents, are under-spending this cycle, he said.

“You’re going to see some surprise upsets,” Jankowski said. “They’re probably not spending enough money right now, but they don’t know it, and they won’t know it until around 9 o’clock on election night.”

Cassius Adair assisted with the reporting of this story.