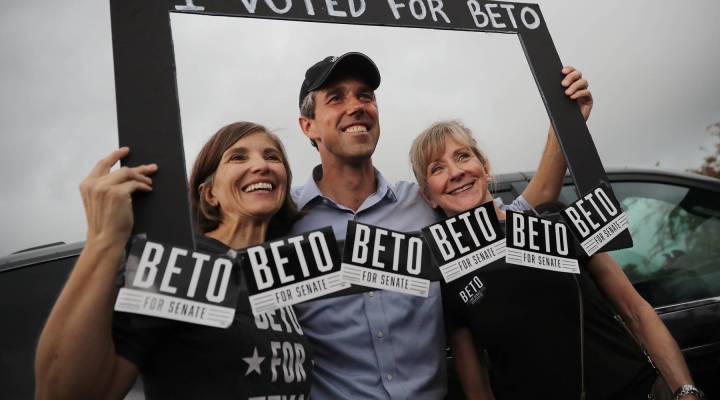 This October, just a few weeks before election day, Felix J. Boccadoro did what he’s done many election seasons before — he made a few campaign donations. Except, this year was a bit different. Instead of donating to candidates he had met in-person, he donated to candidates he had never met.

“I’ve never really made contributions in the past without actually seeing the member at the fundraiser,” said Boccadoro, the owner and principal at his own firm, Felix Associates, LLC. Previously, he worked in legislative affairs and often represented his employers on the Hill in Washington D.C., so political ties came in handy. “I’d always go to fundraisers to make sure that my name is associated with the member and they would see me and so there would be some kind of relationship and connection.”

But this year, his donations were purely personal, made to candidates that he never met and whose states he didn’t even live in — Jennifer Wexton who is running for Congress in Northern Virginia and Beto O’Rourke who is running for Senate in Texas. Both are democrats.

“This is the first time I’ve done it without having relationships for business reasons,” said Boccadoro, who identifies as an independent. Frustrated by Congress’s “inability to get the basic functions of the government done on time” like passing a budget, he decided to do something about it. “I was a little frustrated one day and said, ‘You know, I could afford to make a few donations.’ So I donated to those two folks particularly because of who they’re competing against.”

Candidates like Beto O’Rourke that receive a high number of out-of-state donations are kind of “rock star candidates,” according to Sheila Krumholz, the executive director at the Center for Responsive Politics.

“[They] are being sought by people who have discovered these candidates and are inspired by their messaging and want to contribute even though they can’t vote for them,” she explained. “So you’ll see what we commonly think of as kind of rock star candidates that are drawing support, even in small sums, but from far away places motivated by the messaging of the candidate. Or in this cycle especially, by a sense of it being an opportunity to weigh in, still, on the 2016 election. The results of the presidential election are certainly one of the driving factors in the intense energy behind campaigns this cycle. It’s seen as a referendum on the Trump election and, in many cases, that has been driving out of state money to candidates.”

The amount of money flowing into politics this election cycle has been far greater than in the recent midterm elections. The Center for Responsive politics expects campaign spending to reach a record $5.2 billion, up from $3.8 billion spent in the last midterm election. According to Krumholz, that is a “pretty conservative figure” and it may go even higher.

That would be more than the amount spent on President Barack Obama’s first midterms in 2010, and more than the congressional spending during the 2016 election.

Out-of-state donation aren’t always just the result of people seeking to support candidates they like. Often times, they are result of fundraising efforts that reach past state lines and can include events like those fundraisers attended by Boccadoro.

Out-of-state donations can also be motivated by candidates capitalizing on networks of like minded people or people from a particular demographic. For example, African-Americans from around the nation might be willing to donate to an African-American running in another state because they believe the candidate’s “voice would be a valuable contribution to political discourse and one that hasn’t historically been given enough room in in politics,” Ryan said.

One such candidate is Stacey Abrams, who is running for governor in Georgia and if elected would become the nation’s first black female governor. Black women across the nation aren’t just sending money to support Abrams, they are showing up to phone bank and some are even traveling all the way to Georgia to help with get-out-the-vote efforts.

Supporter Nina Durham is adorned with political pins during the primary election night event for Georgia Democratic gubernatorial candidate Stacey Abrams on May 22, 2018 in Atlanta, Georgia.

While money helps fund campaigns, it doesn’t always translate into votes. That is why, according to Krumholz, in-state donations are often thought of as “healthier” as those donors represent potential volunteers and voters.

Some states have made a push to encourage in-state donations. In Alaska, out-of-state donations to state candidates are limited to $3,000 a year. In New York City, a campaign finance program matches any donation of up to $175 from local residents $6-to-$1. That means if a New York City resident donates $10, the city will donate another $60 bringing the total up to $70.

In some races, a lack of in-state donations are singled out by the opposing campaign.

“If [candidates] are getting a lot of money from out of state then their opponents may use that as a battering ram to suggest that outsiders are meddling in local affairs and that that shows that [the candidates] don’t represent the views and values of the potential constituents they seek to represent,” Krumholz said.

It wasn’t election meddling that was on Boccadoro’s mind when he donated to O’Rourke and Wexton. It was a possibility of helping elect candidates that he believed could get something done in Washington.

“I’d like to see people have an opportunity that aren’t career politicians,“ he said. As for the money he donated, he doesn’t expect it to get him anything. “I don’t believe any of the money that I ever donated to anyone did they feel like they owed me something. It did give me access, maybe. If anybody thinks someone [a politician] does something for a $2,000 check, they’re crazy. Or a $500 or $250 check.”