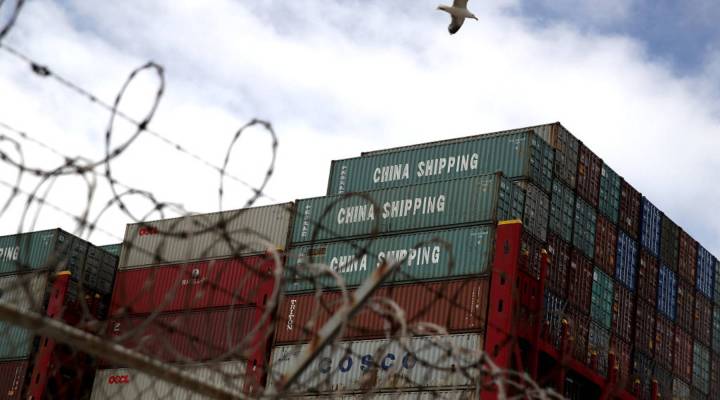 U.S. businesses are focusing on the next batch of proposed tariffs from the Trump administration, covering $200 billion worth of Chinese imports, which would be the largest round of tariffs so far.

The office of the United States Trade Representative (USTR) started six days of hearings this week. More than 300 people signed up to testify on how the tariffs would affect them. Cameras and recorders aren’t allowed in the hearings, so we caught up with the CEO of iRobot, Colin Angle, just outside the hearing room. iRobot makes Roombas — those robot vacuums. Angle testified against tariffs on vacuuming robots — asking that they be exempted.

“This type of tariff would effectively be a 25 percent cost increase that would have to be passed to the consumers which, ultimately, would slow down the growth of this industry and open the door for foreign competition,” he said.

Angle says, with slower growth, he would have less to invest in research and development and wouldn’t be able to hire as many new employees.

Eric Astrachan of the Tile Council of North America was one of the few witnesses testifying in favor of tariffs. How did that feel?

“Lonely,” he said, laughing. Astrachan says the Chinese aren’t playing fair, and he’s in favor of U.S. tariffs on ceramic tile from China.

“Chinese tile companies have been  consistently mislabeling tile products as porcelain — in many cases they are not,” he said. “We have many examples of intellectual property theft.”

Astrachan also says China has been dumping tiles in the U.S. — that is, selling them below cost. There are still two more days of hearings, then the USTR will decide whether to levy this tax on $200 billion worth of Chinese products. The tariffs could be in place in late September or October.