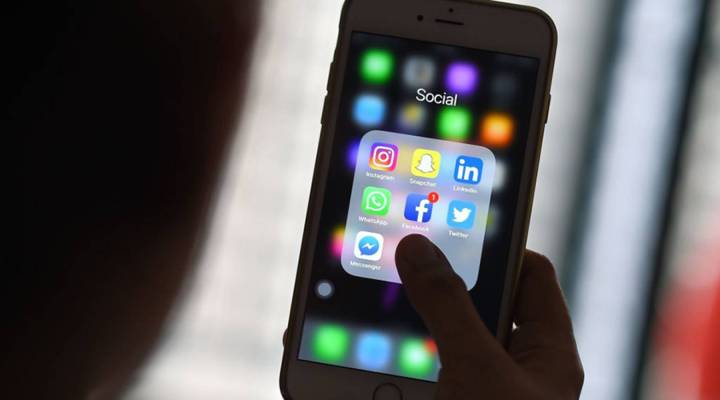 Engagement is a key measure of health for social media platforms. It’s measured not only in how much time users spend there, but also how often they upload, share, comment, and “like.” Investors want to know that these platforms are integrated into users’ lives so that ad revenue can grow. Right now some platforms, including Snapchat and Facebook, are seeing engagement decline. Jessi Hempel is a senior writer for Wired magazine. She sees lots of people gradually setting boundaries with social media, intentionally or not. Seven years ago Hempel started an annual “social media sabbatical,” using no social media for all of August. It was a way to cut back on a bad habit, she said. But she told Amy Choi that this August was different.

Jessi Hempel: I did not take a sabbatical nor did I even really remember that I take sabbaticals in August because frankly I’ve kind of quit most of the social media that made me feel so yucky. I took Facebook off my phone, took Twitter off my phone. It’s not that I don’t sometimes use them on my phone … I Just use them from inside the browser so it’s a little bit harder, it’s a little bit more of a deterrent.

Amy Choi: Right. I hear anecdotally a lot of people and I would include myself in this doing the same thing. But I hear less proclamations of like, “I have quit”or “I have deleted,” or any of that sort of like kind of broad statement.

Choi: Is it possible?

Hempel: At this point, I’ll speak for myself, I don’t think it would be possible or useful for me to quit these tools because I’ve given them so much of my social data over time. So why quit? Why take that away? Who’s that going to help? And you know I still use Facebook products like Instagram and WhatsApp everyday.

Choi: So what do we know about engagement patterns overall? Is the world kind of doing what we’re doing?

Hempel: Let’s not talk about the world broadly because no the world broadly is not doing what we’re doing and in fact in many places in the world engagement is going up, as people get online for the first time and these are their front doors to their digital experience. But let’s talk about what’s going on the United States. Here, we’ve kind of leveled off. So we know that in 2016 the average amount of time that we spent on Facebook was nearly an hour, that was the daily active user. And we know that in January, Facebook the company came out and said you know we’ve seen a drop off in engagement. If you do the back of the napkin math which is what this is, with the numbers that they gave in January, it sort of roughly shakes out to those daily activities are around spending 41 minutes a day. That’s a huge drop. And that’s what it looks like from a data perspective. From an anecdotal perspective the things that I even want to know about the people that I care and love aren’t on Facebook anymore, it’s not where I find them.

Choi: Where do you find them?