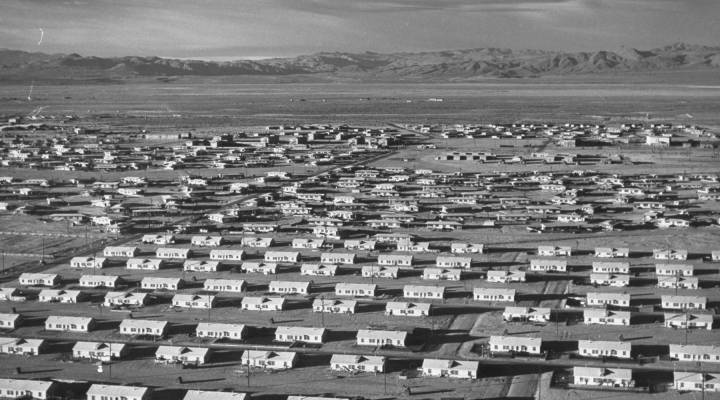 President Donald Trump signed a defense spending bill today called the John S. McCain National Defense Authorization Act, authorizing $717 billion worth of Pentagon spending for the coming fiscal year. Keeping the country and its military at war and prepared for war means a lot of jobs for a lot of people. For Karen Piper’s family, building America’s weapons of war was the family business. Her parents were weapons developers at the China Lake Naval Air Weapons Station in the Mojave Desert. She has a new book out about growing up there called, “A Girl’s Guide to Missiles: Growing up in America’s Secret Desert.” The following is an edited transcript of her conversation with Marketplace host Kai Ryssdal.

Kai Ryssdal: Tell me would you, first of all, what China Lake is like? Because most people hearing this program probably A) don’t know where it is and B) have no clue about what it’s all about.

Karen Piper: Well it’s in the Mojave Desert in California and it’s all run by the military. It’s about the size of Rhode Island. They do weapons tests out there and evaluate missiles.

The cover of Karen Piper’s “A Girl’s Guide to Missiles: Growing up in America’s Secret Desert.”

Ryssdal: How did you wind up growing up there?

Piper: Basically, because my dad got laid off at Boeing in the 1970s when there were a whole bunch of layoffs and that was the job he got was out there in China Lake making missiles. So we all packed up the car and headed out there without really knowing what we were getting into.

Ryssdal: And what you were getting into was a subject pretty much of this book. It occurred to me as I was reading this that really, because China Lake is so remote and so big and so intentionally isolated right? What you have is a company town where everybody is sort of in the same business right?

Piper: Yeah. And it’s interesting, because it’s a company town but it’s a town run by the U.S. government. I mean, I remember when I moved to Riverside I thought it was odd that they didn’t have low flying jets and sonic booms all the time. They would drive you crazy sometimes because the windows would just rattle all the time. But you got used to it.

Ryssdal: And everybody’s got security clearances and it’s all classified and so probably people aren’t talking much about it when they run to the general store or to get a cup of coffee?

Piper: Yes, if I asked my mom and dad what they did for work they just wouldn’t answer over the dinner table. So, you know I knew they worked on missiles because everybody in the town works on missiles, but nobody really explained to me as a kid what it was all about and it was a little bit confusing.

Ryssdal: One of the things that wound up happening because China Lake is out there in the middle of nowhere is that they kind of had to hire the wives of the men who had gotten the jobs. Talked about that for a minute. I mean, we’re talking about your mom here.

Piper: Yeah. It’s a fascinating story. I looked into the history of women on the base and I found out that the base had to work hard to get women there because it was a seedy kind of environment in the beginning. So, in the newspaper I saw an ad it said, “housewife to draftsmen in 12 weeks.” They were trying to promote women to come and just learn how to work with weapons on the base and so that’s what my mom did. She went in and kind of worked her way up until she was a computer scientist.

Ryssdal: Did anybody ever talk about the fact that, you know, just for instance, the Reagan defense buildup of those years was really good for business?

Piper: Yes. I do remember, you know there were times when people were really proud when our weapons were used in war without so much thinking about what the war actually was about. People were just doing their jobs.

Click here to read an excerpt of “A Girl’s Guide to Missiles: Growing up in America’s Secret Desert.” 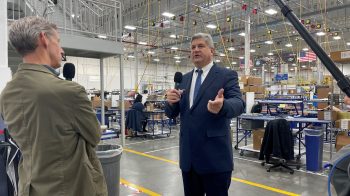