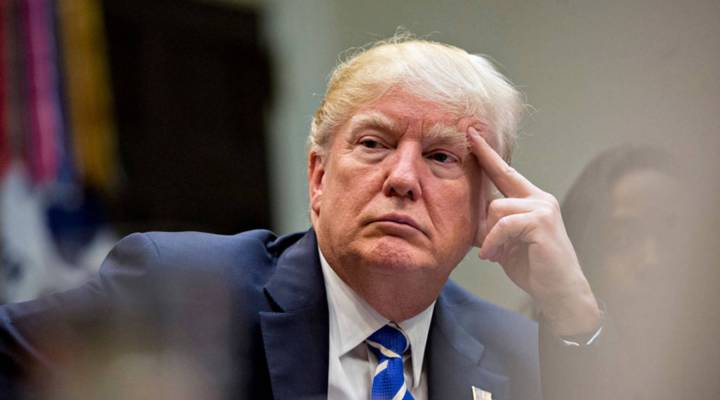 The waning days of summer bring a familiar refrain in Washington — the threat of a government shutdown.

I would be willing to “shut down” government if the Democrats do not give us the votes for Border Security, which includes the Wall! Must get rid of Lottery, Catch & Release etc. and finally go to system of Immigration based on MERIT! We need great people coming into our Country!

Congress and the White House have until Sept. 30 each year to pass the 12 “appropriations” bills to fund the government, but it rarely happens that way. We usually end up with a series of stop-gap spending measures, or “continuing resolutions” to keep the government running while lawmakers hammer out a deal. In fact, according to the Pew Research Center, Congress has only ever passed all its appropriations bills by the deadline (which was created in 1976) four times — in 1977, 1989, 1995, and 1997.

The Center for a Responsible Federal Budget is tracking the progress of all 12 appropriations bills here.

But this year, Congress has been moving the funding bills through at a faster pace. According to the Congress-watchers at Roll Call, the Senate’s speed at passing spending legislation has been particularly out of character. “This year’s swift movement is so unusual for the Senate,” they report, “that Roll Call couldn’t find another instance of that chamber jumping ahead of the House in passing spending bills dating back to 1976, when the start of the fiscal year moved from July 1 to Oct. 1.”

President Donald Trump’s threats of a shutdown threw cold water onto that momentum as he continues to demand that Congress set aside taxpayer money to build a wall he initially promised would be paid for by Mexico.

That said, the president made a similar threat last year about shutting down the government over wall funding, but later signed an omnibus spending bill that did not meet his demands.