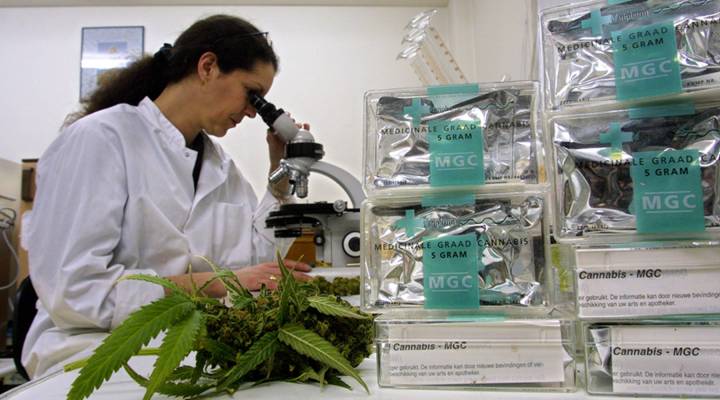 The Food and Drug Administration has approved an epilepsy medication made from an ingredient found in marijuana. It is the first time the FDA has approved a drug derived directly from the marijuana plant. The drug is called Epidiolex, and it treats a rare form of epilepsy. It’s made by GW Pharmaceuticals, a small British company that’s developing a handful of prescription drugs derived from cannabis.

“We believe there is significant demand for cannabinoid-based medicines that have gone through the regulatory process,” said Steve Schultz, vice president of investor relations. That remains to be seen, and the big pharmaceutical companies aren’t convinced.

“They don’t see a cannabinoid that would be a blockbuster and generate a huge profit,” said Joel Hay, a professor of pharmaceutical economics at the University of Southern California. Hay said the market for drugs made from cannabinoids, the chemicals in cannabis, is limited. There are already several synthetic ones on the market, and they’re used only by the sickest cancer and AIDS patients because of the potential side effects, such as “anxiety, depression, schizophrenia, psychosis,” Hay said.

Hay said Big Pharma will be watching to see if Epidiolex can minimize those side effects. The industry is also interested in the underlying research on how these drugs interact in the human body and whether FDA approval will lead the federal government to change its classification of marijuana.

Many states have legalized marijuana, allowing dispensaries to flourish. They’d like the big pharmaceutical companies to stay away from the nearly $10 billion cannabis industry and worry that FDA approval of Epidiolex will have the opposite effect.

“There is the potential that that would be the foot in door to opening that up further in the future,” said Sabrina Fendrick, director of government affairs for Berkeley Patients Group.

But that future is still far off, because so far, the economics just aren’t there for the big drug companies.