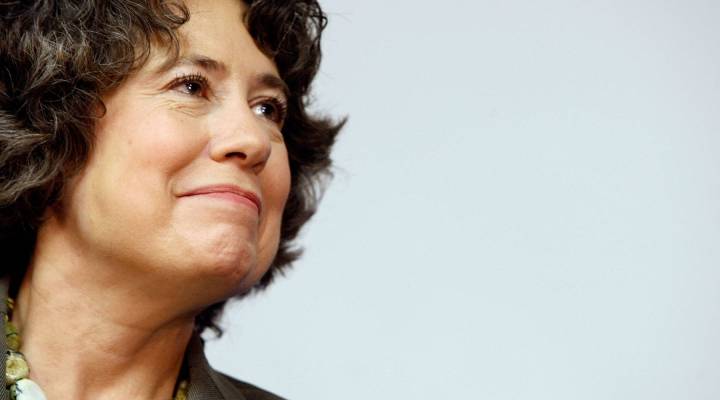 This week marks 10 years since the near collapse of Bear Stearns. Back in 2008, after the CEO of Bear Stearns told the Federal Reserve that the bank would have to file for bankruptcy protection, the Fed instead arranged for an emergency bridge loan. Then, it helped facilitate the purchase of Bear Stearns by JPMorgan Chase.

Many have been critical of the government’s involvement in the deal and the precedent it set. Some, like Sheila Bair — chair of the Federal Deposit Insurance Corp. from 2006 to 2011 — argue that it created resentment and may be a factor in the populist movement we see today. Bair, as early as 2001, was saying that risky real estate loans were a disaster waiting to happen.

Bair joined us to discuss whether the government should have intervened and whether we can handle another downturn. Below is an edited transcript.

Sheila Bair: I regret that there was too much focus on the impact on the banks and the losses that the banks were suffering, and not about on the underlining driver of the crisis which was all these unaffordable mortgages. And that hurt the economic recovery, because we had this huge mortgage debt overhang that was depressing consumer spending, and never really dealt with that core problem as effectively as we should have.

David Brancaccio: So March of 2008, 10 years ago, the Federal Deposit Insurance Corporation — which you’re running at the time — Bear Stearns is not the sort of institution the FDIC is most focused on. But as Bear Stearns, this Wall Street powerhouse, becomes unglued, there must have been grave concern about knock-on effects that your staff was looking at.

Bair: I think there’s still a real question in my mind whether the government, the Fed should’ve intervened in that to assist JP Morgan Chase in acquiring Bear Stearns. I do think it set up an expectation that the government was just going to prop everybody up. So I think the government needs to be very careful when they intervene. You create distortions. You create expectations. And we need to protect taxpayers — that needs to be a primary objective. I think all these bailouts that we did starting with Bear Stearns created a lot of cynicism in the public. You know, well, we’re playing by the rules and nobody is bailing us out. I think it created a lot of resentment and I think we still feel that in kind of the populist movement we have today.

Brancaccio: Now you were the first chair of the Systemic Risk Council — that’s the private-sector one — and between that group and the Government’s Financial Stability Oversight Council, can I assume that it’s all under control now, we’ll never have another financial crisis?

Bair: [laughs] Well, I don’t. It’s better. It’s certainly better. Notwithstanding some of the agreements and disagreements we had with other regulators, I think everybody has worked very hard since the crisis to put rules in place to improve capital cushions at banks. This was another huge driver of the crisis, getting those levels up. I mean that’s really what absorbs losses, so hats off to the regulators. But is it fixed? No, I don’t think it is.

Brancaccio: And of course there’s some pressure to roll back some of these post financial rules?

Bair: There is, absolutely is. Yes. Thank you. There’s a bill moving through the Senate that has many good provisions that address regulatory issues associated with community and regional banks, which I think are good. But there is a provision tucked in that bill that would help large banks and could significantly reduce many large banks’ capital levels, which I think is very ill-advised. These are good times now for banks. I mean, profits are up. Lending is up. They just got this big tax cut. They really should be building their capital cushions and preparing for the next downturn.