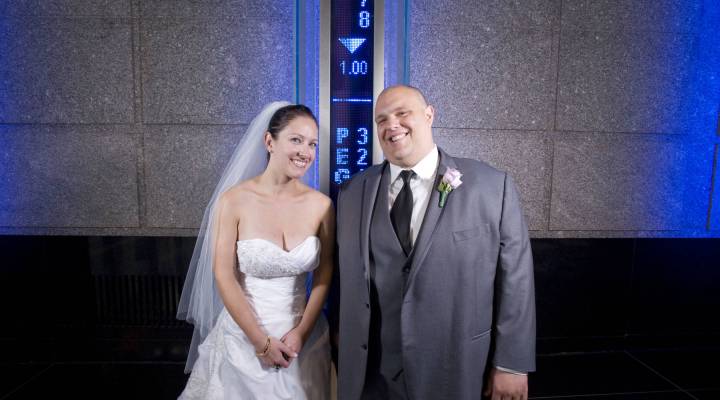 Justin Brannan was a punk. Professionally, that is. In his teens and twenties, he played guitar in the hardcore bands Indecision and Most Precious Blood. But touring got old, and after 10 years on the road he was ready for something more stable. This was 2006, when Wall Street banks, leveraged to the hilt, were raking in record profits. Through a temp agency, he landed an interview for an entry-level job at Bear Stearns Asset Management.

“In walks Justin, a big guy, and I immediately spotted the ends of full-sleeve tattoos sticking out under the cuffs of his shirt and above his collar,” recalled Doug Ray, who interviewed Justin for the job.

At the time, Doug managed a group at Bear that handled paperwork and marketing materials for hedge funds and other alternative investments. As they talked, Justin was forthright about his background, Doug said, “and the experience he brought was heavy metal to a corporate banking environment.”

But Justin was an obvious people person, and Doug was impressed that he’d managed his bands’ international tours.

“He came into the group and he was fantastic,” Doug said. “It worked out amazingly well.”

Justin liked it, too, “because I was working with people who were like street kids just like me, who had worked their way up and were just happy to be clerks earning a paycheck.”

Bear Stearns had a reputation as kind of an outsider on Wall Street, more blue-collar than white-shoe. It was a place where you could work your way up from the mail room.

“Their whole thing was always that ‘we don’t care if you have an Ivy League degree,’” Justin said. “‘We care that you have a PSD,’ which is poor, smart and determined, or something like that, and that was us.”

One day while making a delivery for his boss, Justin met Leigh Holliday, an executive assistant in the corporate real estate division. “She was so out of my league that I just started hitting on her really badly,” Justin said.

Leigh was another unlikely Wall Street worker, an artist and former teacher who’d taken a corporate job to pay the bills, and it turned out she recognized Justin. She’d been a fan of his band, Indecision. The connection was instant.

“I just needed to know more,” she said. “So once I Googled him and figured out that it actually was him, I thought, ‘oh, I really have to start this conversation.’”

They started emailing, in code. Workplace relationships were frowned upon.

“So we’d be writing words backwards, and now, thinking back, I think the compliance department was a little bit busy with other things,” Justin said.

When I first met Justin and Leigh, it was 2009, a year after Bear went under, and they described the months leading up to the crisis. In the summer of 2007, Justin’s division was forced to close two hedge funds, when the value of their mortgage-backed securities plummeted. But Justin was living large. “On my lunch breaks I would go to Saks and buy a Hermès tie,” Justin said. “It was like I won the lottery.”

Justin Brannan and Leigh Holliday in March 2009, a year after Bear Stearns’ collapse.

As a musician, Justin had been used to eating ramen noodles and sleeping on couches. “I lived so meagerly that making this salary as a clerk, basically, at Bear Stearns, it was still more than I ever imagined,” he said. “And I loved it.”

And then in early 2008, he started noticing the big bosses were around more. There were hushed conversations on the phone. Then one Friday in March,“we were just watching the ticker, watching the stock,” he said.

“You could literally watch it fall,” Leigh said.

The stock closed at $30.85, less than half its price just two days before. That Sunday one of Leigh’s bosses called her while she was out shopping and said, “I would bring a shopping bag with you tomorrow because we might be going bankrupt tonight.”

Bear didn’t go bankrupt. That weekend the U.S. government orchestrated a bailout, what would become the first of the financial crisis. With help from the Federal Reserve, JP Morgan Chase made a deal to buy the bank for just $2 a share, though the final price was higher. Before long both Justin and Leigh were out of work.

Ten years later, when I tracked Justin down in September 2017, I had to go through a publicist to get him on the phone.

“We’re big time,” he said, laughing, when we met up in Brooklyn.

Justin was running for a seat on the New York City Council, as a Democrat, to represent Bay Ridge, the neighborhood where he grew up. Leigh was running her own art school for young children, the Art Room.

After Bear, Leigh stayed on at JP Morgan for a while and then got a similar job at Credit Suisse, but her heart wasn’t in it. In 2010 she saw a “for rent” sign on a neighborhood store front.

“I called the woman that night and we made it happen,” she said.

Leigh Brannan at the Art Room, her fine art school for children.

Some of the seed money came from her severance from Bear Stearns. For a while, Justin raised funds for a nonprofit, then got into city government. He fell in love with local politics working for the councilman he was now running to replace.

“Someone would walk into the office with a problem, big or small, whatever it is, and you help them with that problem and you send them on their way,” he said. “This is how the system is supposed to work, you know?”

In 2012 they decided to get married, and they knew just where to do it: the lobby at 383 Madison Ave., the former headquarters of Bear Stearns.

“I called up Ace Greenberg, who was obviously still alive at the time — probably had a rotary phone at his desk,” Justin said.

Alan “Ace” Greenberg was the legendary former CEO of Bear Stearns, who’d overseen its collapse as chairman of the executive committee. He’d stayed on at JP Morgan Chase after the takeover. Justin pulled some strings to get him on the phone.

“Next thing you know, we were measuring the space for how many chairs we could fit,” Justin said.

The choice was a bit controversial, Leigh said. Why would they want to highlight this symbol of the financial crisis?

“For us, it wasn’t about that,” Justin said. “We just have an affinity for Bear in a way that I don’t think anybody else in the world does.”

In October of 2017, Justin faced his Republican opponent, John Quaglione, in a debate on cable TV’s NY1. Bay Ridge is a historically white, working-class neighborhood, with a growing Arab and immigrant population. The country’s deep political divide was playing out in the local city council race.

“John, you’ve made your support for Donald Trump very clear,” Justin said. With President Trump’s recent crackdown on immigration from majority-Muslim countries and support for a border wall, Justin asked Quaglione, “How do you expect voters to support you?”

On election night, I met Justin. He was standing outside PS 185 in the rain, wearing a suit. He went to school there as a kid. Now people were inside voting, many of them for him.

When the polls closed, he drove home to watch the returns alone. Within a few hours, the results were in: He’d won the election, edging out Quaglione by more than three percentage points.

A few months later I visited Justin at his office in Bay Ridge. The sign outside read “Love All, Serve All.” It was budget season, and a stream of visitors stopped by to plug their programs. Posters adorned his office walls: a Keith Herring print and photos of Bob Dylan and activist Mario Savio.

“The first week in office, there was a really bad fire, I had a water main break, a snow storm and a sinkhole,” he said between meetings.  “I was waiting for the locusts and the raining frogs.”

This is local politics. He spent the afternoon driving from one community event to another. In his car on the way to a Lunar New Year celebration, he took a call from a guy whose roofing project had been held up by the Department of Buildings.

“When I get back to my office, I’ll make a call and see what’s what and then I will call you back at this number,” Justin told him.

Ten years after Bear Stearns collapsed, it’s small stuff like this, Justin said, that can restore faith in the system. He thrives on helping get a pothole fixed or installing a stop sign at a dangerous intersection.

He’s pretty happy with how things worked out.

“I was always searching for something more, and I think Leigh’s the same way, in that it’s great to make a paycheck, but that’s not enough,” he said.

“Yeah, I would joke with my bosses all the time, anywhere I would end up I would say, ‘oh no, I’m a teacher at heart,’” Leigh said. “‘I know I’ll end up with kids again someday.’”

Among the Bear Stearns “diaspora,” Justin said, “I think there’s a lot of people that ended up doing some cool stuff that they may not have done had this not happened.”

Next, he headed out to preside over a ribbon-cutting ceremony for a new doggie daycare across the street. It was a long way from punk rock and Wall Street, but right where he wanted to be.