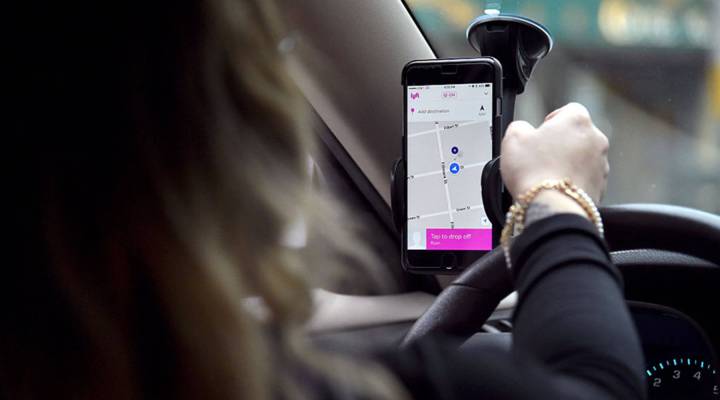 What do freelance writers, IT consultants and Mary Kay sellers all have in common? They are each a part of what’s commonly referred to as the “gig economy,” which is comprised of nontraditional employees who typically don’t have a single, steady employer who guarantees regular hours and pay.

According to the latest Marketplace-Edison Research Poll, a quarter of American workers now participate in the gig economy, and they report significantly higher economic anxiety than regular full-time workers.

They worry more about not having enough money for basic necessities or to cover an emergency. They’re also less likely to say their gig work utilizes their skills, experience and education.

Long Island resident David Aria, 30, is a freelance audio engineer. He works “pretty much out of necessity. Unless you build your own studio, it’s really not going to pay the rent. Now I’m in a bit of a lull, I haven’t gotten any work, so I’ve been doing other stuff.”

“I would love to be financially stable,” Aria said. “I don’t particularly like the idea of freelancing as a sort of permanent solution. I’m a musician as well, I have my own goals, but I’ve had to put them aside. It’s like, I’m good at saving money, I’m not that great at making it yet.”

Harvard economist Lawrence Katz says a lot of people are finding it hard to make enough money in the new gig economy. Along with Princeton economist Alan Krueger, Katz has done seminal research on the rise of these alternative work arrangements–also sometimes referred to as “gig” or “contingent” work. Their 2015 research paper, based on a nationwide survey by RAND, found that between 2005-2015, the contingent workforce increased by about half–from 10.7 percent to 15.8 percent of all U.S. workers–and constituted approximately 95 percent of all net employment growth in the U.S. economy during that period.

According to Katz, without a steady employer, workers “get fewer benefits — things like workers’ compensation and unemployment insurance you’re not covered by. The hours are both lower on average, and the instability of earnings is much greater.”

That kind of instability hasn’t bothered carpenter Opis Harris much. He’s 58 and lives in Syracuse, New York. For decades he’s worked for himself and earned six figures in some years. Now he’s on disability and trains young carpenters for extra cash.

“I loved being my own man and I don’t have to be told what to do, and I could put in as much overtime as I want if I decided to stay there all night,” Harris said. “But then, with an employer, there’s a turn-on time and a shut-off time. But with me, I go as long as I want or as short as I want.”

Work flexibility is what the ride-hailing apps Uber and Lyft tout for their drivers, who are independent contractors and have to cover their own expenses, such as insurance, car repairs and gasoline.

Rebecca Smith, senior counsel at the National Employment Law Project, said that independent contractors are great for the companies they work for.

“They allow them to offload a substantial portion of risk and cost of doing business onto either a middleman — another company — or directly onto workers by themselves,” Smith said.

But for someone like John Franklin, 55, of Minneapolis, who owns his car — a Nissan Pathfinder — paying those costs in order to drive for Uber can make financial sense.

Franklin makes a good living as an independent marketing consultant. But he wanted another gig for his down time, and some extra cash. He has considered bartending, but because of his unsteady schedule, he also considered driving for Uber.

“I can just go on where and when I want,” Franklin said.