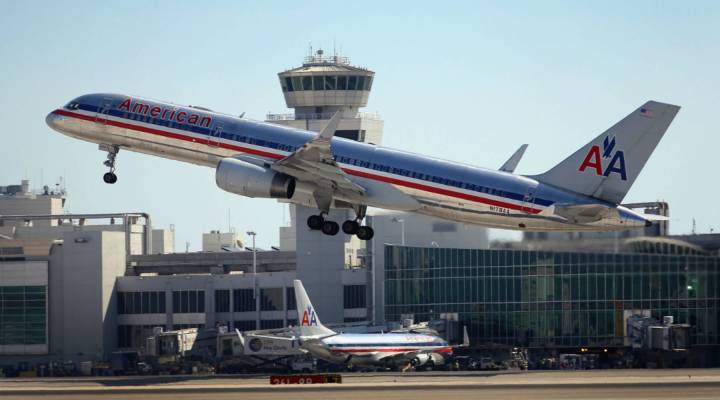 Airlines are pushing for deregulation, which could affect the 24-hour grace period you can get a full refund and whether you can see all of the taxes included in your ticket purchase.

While a lot of these rules airlines have in place are aimed at protecting consumers, a former American Airlines employee argues that there are some downsides to them.

Gary Kennedy, once the general counsel of American Airlines and author of “Twelve Years of Turbulence,” joined us to discuss some of the regulations airlines are eager to ax, why we need to be stricter about the animals passengers are allowed to bring on board, and how unforgiving the airline industry can be. Below is an edited transcript.

David Brancaccio: If you were an airline — and given your resume, I’m comfortable personifying you this way — what are some things you’d like on your deregulation wish list?

Gary Kennedy: Well, it’s interesting. The airline industry is supposed to be deregulated. The DOT [Department of Transportation] has the authority to regulate what are called “unfair and deceptive trade practices.” But they’ve simply taken it too far. For example, the DOT requires that airlines, when they list their fares, include all taxes in that base fare. That’s not the same as other industries. If you go on to Amazon or Walmart’s website, and you buy something, you don’t see the taxes until after you decide to purchase the item. The same is not true of airlines. They’re lumped all altogether. And the fact is if people actually saw the taxes charged by the federal government, to me that would be instructive.

David Brancaccio: I see, it’s like over in Europe, sometimes the value-added tax is wrapped right up into the price. You don’t even knowwhat the VAT is, it’s just there. And airlines would like it front and center.

Kennedy: That’s right. You should see a base fare. If the base fare is $178, then you should see separately the domestic ticket tax of 7.5 percent. You should see the flight segment tax of $4; the 9/11 security tax; the passenger facility tax — they’re all separate. And I don’t think people understand that.

Brancaccio: Alright. So there may be passengers listening to this who would concede, you know, in the interest of disclosure, “Let’s just see what we’re really paying for.” But what else might airlines like?

Kennedy: Well, it’s interesting. The DOT requires airlines to submit detailed reports on all types of things — on-time performance, tarmac delays, the baggage fees collected, the cost of advertising, to the number of animals that are injured or killed on board the aircraft. That doesn’t sound like a deregulated environment to me. It feels like those items are simply unnecessary reports that the airlines have to provide.

Brancaccio: Some of the stuff is important. I’m not talking about the safety stuff either. I mean, there’s a grace period during which you can get a full refund on your ticket. There are some airlines that would love that not to be there. There are rules guiding what happens to the passengers if they’re stuck on a plane for hours on the tarmac. Airlines would like to loosen those a little bit, right?

Kennedy: Well, you know, for example, let’s talk about the tarmac rule. The fact is, this is a three-hour rule that says that the airlines get fined per passenger if the aircraft is on the tarmac for more than three hours. Now, clearly passengers should not be stuck on the tarmac. That’s not acceptable. But the effect of the rule is that airlines cancel flights now more frequently to avoid violating the rule. And if you ask a passenger who is on the tarmac, in that conga line, trying to take off,  do they want to return to that gate or do they want to keep their position in line? And so I think there’s some adverse consequences with things like the tarmac rule. It’s not as black and white as people think.

Brancaccio: Now if I could just have listeners or only your shareholders — shareholders of airlines, they’d be seeing eye to eye with you. Some of the passengers listening are skeptical — they think these rules are protecting them at some level. These are consumer protections. Is there a danger that the airlines will overreach in trying to take advantage of this deregulatory environment.

Kennedy: No, clearly there needs to be rules in place. And as you point out, we’re not talking about safety and security. Those rules are there. The safest form of travel anywhere are airlines. There are certain rules that are necessary, but there are many times those rules simply overreach to what really, in essence, becomes intrusive economic regulation. It simply shouldn’t exist.

Brancaccio: And the airlines make the argument when talking to passengers that maybe this could lower ticket prices if they get rid of some of these rules?

Kennedy: Well, it’s a fine line. The more rules you have, the more people you have to have to track and implement those rules. So there is certainly an economic consequence to the airlines. But certain rules, for example — the whole issue on comfort animals and service animals on board the aircraft. I think it’s gone way too far. The airlines, or an aircraft, is not a zoo. For people who have with them a trained service animal, that’s understandable. But, just yesterday, for example, an animal bit a young child on board a Southwest Airlines flight. And when you have animals who are not trained, there can be bites, scratches, allergies to other passengers. Passengers are on a long narrow tube at 35,000 feet and we need to regulate what animals are actually brought on board those aircraft.

Brancaccio: What was it — someone tried to bring a peacock aboard? I think I was reading that a few weeks ago.

Kennedy: It’s peacocks, it’s snakes, it’s birds, it’s gerbils — it’s all kinds of things. And quite frankly there’s been an enormous abuse of what people bring on board for alleged comfort purposes.

Brancaccio: I mean, we do need to remind ourselves some people really need the comfort animals, and some people actually have registered, for instance, guide dogs that need to get on those planes.

Kennedy: Trained service animals absolutely should be on board those aircraft. But much of what is happening is there is abuse by customers who get some sort of doctor authorization online and bring those animals on board with no legitimate purpose whatsoever. And that’s where I think [there needs to be] a careful look at those rules.

Brancaccio: What do you say, Gary, is the proper role of self-regulation when it comes to airlines? I mean, for instance, that horrible mess with United Airlines and the passenger that got beaten up, led to changes by American Airlines and actually elsewhere in the industry after the terrible incident. I’m not sure: Is that self-regulation working or is self-regulation coming in a little late?

Kennedy: That’s a good question. It is difficult to self-regulate certain things. However, given the circumstances that you point out on the United Airlines flight, clearly the airline made a big mistake in dragging that gentleman off the aircraft. On the other hand, each day there are over 27,000 flights, with hundreds of people packed into this, as I said, long narrow tube. And if you think of the very few times that something actually goes wrong — because the pilots and the flight attendants are onboard that aircraft for one reason only: the safety and security of the individuals. And that’s a big responsibility that they carry out faithfully every day. And occasionally you have a problem. It needs to be handled properly. I think the airlines, the captains, the first officers, the flight attendants do a very good job. It occasionally goes haywire. But I think in this instance, the captain really does need to be the person making the decision on board that aircraft as to who is on that aircraft and who is not.

Brancaccio: I’ve heard the advice never get into the airline industry, that it’s just too terrifying. I mean, you spend all these years at American and in the industry for decades. Shouldn’t you have picked something a little calmer for yourself?

Kennedy: Absolutely. It is exciting intellectually, but it is a difficult industry. It’s an unforgiving industry, because each day with those millions of passengers that get on an aircraft — things have got to go right. I’ve always told people, it’s a miracle what happens every day and it happens safely. But it requires an enormous amount of expertise and dedication to make sure that things go smoothly. It is a tough industry.

Kennedy: That’s right. And if you look at 2017, there was not a single commercial jet airline fatality in the world. That’s an astonishing record when you consider other forms of transportation who don’t have nearly that kind of safety record.