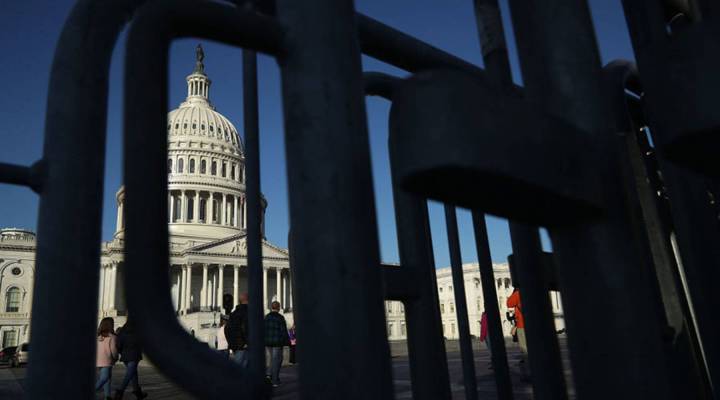 The Republican tax plan promises to lower rates for pass-through businesses, which could benefit small but growing businesses like Ed Fryar’s Ozark Mountain Poultry. Before starting his company, Fryar, an economist, worked as a professor at the University of Arkansas. Marketplace host Kai Ryssdal called him up to get his take on the tax changes to come, from the perspective of a business owner and someone with an academic background. The following is an edited transcript of their conversation.

Kai Ryssdal: So with your real life experience combined with your academic economist background, I need to ask you a couple of questions. And the first one is: why does the Republican Party want to cut taxes at a time when the economy is doing reasonably well? Full employment, growing GDP. All those kinds of basics.

Ed Fryar: When you say reasonably well the emphasis there should be on reasonably. We’ve been growing at about 2 percent for most of this decade. And I think the economy has the potential to grow around 3 percent. If you look at 10 years into the future, the difference between 2 percent growth and 3 percent growth could easily be five, six, seven, eight thousand dollars of additional income for the typical family in the United States.

Ryssdal: What’s the root cause of that 2 percent sluggish growth. Is it just still a hangover from the Great Recession, what’s going on?

Fryar: I think it’s a couple of things. One is we’ve had very low productivity growth so far this decade. And a second factor, and we’ve talked about this before, is kind of the animal spirits — the confidence. My father was a retired engineer, he had an MBA from the University of Chicago and he and I used to talk almost every day and our conversations usually were either about Razorback sports or business. Primarily business. Give us something positive to talk about. But I remember back in the fourth quarter of ’08, in the first quarter of ’09, at the depth of the Great Recession, the daily discussions were more centered around how do we survive this. If Dad was here today and we were still having those conversations, with the new regulatory environment and with this tax package, I think most of our conversations would be centered around how do we grow, not how do we survive.

Fryar: Labor productivity is driven by really either human capital or physical capital. I don’t see anything in this tax package, at least from what I’ve been able to see, that’s going to affect human capital in any important way. But the physical capital that’s out there, I think the accelerated expensing and depreciation is going to make it easier, not just easier, but it’s going to encourage companies to invest more in equipment and increase labor productivity.

Ryssdal: OK. Last time you and I spoke we talk specifically about what you as the guy running Ozark Mountain Poultry is going to do with the extra money you’re not paying in taxes. And I’ve spoken to other small business CEOs who say, “absolutely I’m going to pass it through, I’m going to invest it and I’m going to put this money to work.” What we see happen though and a lot of bigger companies, and I’m talking really big companies in this economy, is that the savings they get go to share buybacks, it goes to dividends and it doesn’t come out into the rest of the economy in terms of investment and worker wages. What do we do if you and your colleagues on the smaller end of the scale are the only ones who actually spend this money?

Fryar: Then I think we’re right where we want to be. We get the additional growth. So to me the key to this whole thing is how to pass-throughs respond to it. That’s what I’ve been trying to get my hands around. I know this thing is going to stimulate growth in the economy. It already has. Over the weekend I intended to print out the pages dealing with pass-through organizations and instead of hitting print for specific range of pages I printed out all 1,000 pages. So I’ve already jumpstarted the economy inadvertently.

Ryssdal: The two things that that Republican leaders on the Hill and in the White House are saying is this bill is going to boost economic growth so much so that it is going to pay for itself. Are you sanguine that these tax cuts will pay for themselves?

Fryar: Again I go back to the 2 percent growth versus 3 percent growth. That difference in the growth, it’s it’s just amazing what a fundamental change that will make in the U.S. economy.

Ryssdal: What happens though Mr. Fryar, if the economy doesn’t grow? If we stay stuck at this 2 percent?

Fryar: Then we’ve got a problem because all we’ve done is increase the national debt and the deficit. Growth is the key to this. If we don’t get the growth then there’s a problem. I think by this time next year, if we’re not averaging 3 percent growth, I’m going to have second thoughts about my own analysis.