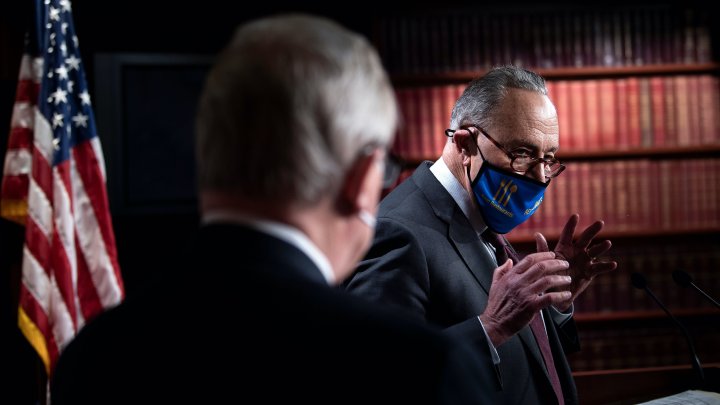 The latest COVID-19 relief package is making its way through the House, which is expected to pass it this week, even though it has little or no Republican support. There’s a lot in it.

There’s a proposed boost to the minimum wage, and it includes tax changes that could make a big difference for low-income workers.

This version of the relief bill would expand the earned income tax credit, which reduces the tax bill or increases the refund for many low-income workers, mostly those who live with kids. This legislation would expand the credit to include more childless workers.

Those who would benefit the most are in “industries that have been most hard hit during the recent recession — food service and accommodations,” said Elaine Maag, a principal research associate at the Urban Institute.

The credit typically has bipartisan support.

Maag said some of those affected by the change could see their benefit triple from a max of about $500 to $1,500.

“So the earned income tax credit expansion would benefit, we estimate, 17 million people overall, and that includes the 5.8 million childless workers,” said Sam Washington, a research assistant with the Center on Budget and Policy Priorities.

The changes would also apply to more older workers by removing the age cap of 65.

The bill only seeks to change the rules for this year, meaning the credit would show up on next year’s returns.

“But oftentimes, if something gets its foot in the door of the tax code, it doesn’t go away. It gets extended, it gets debated and eventually becomes more of a permanent policy,” said Erica York, an economist at the Tax Foundation.

This round of COVID-19 relief legislation also includes an expansion of the child tax credit, which some economists say could lift millions of children out of poverty.