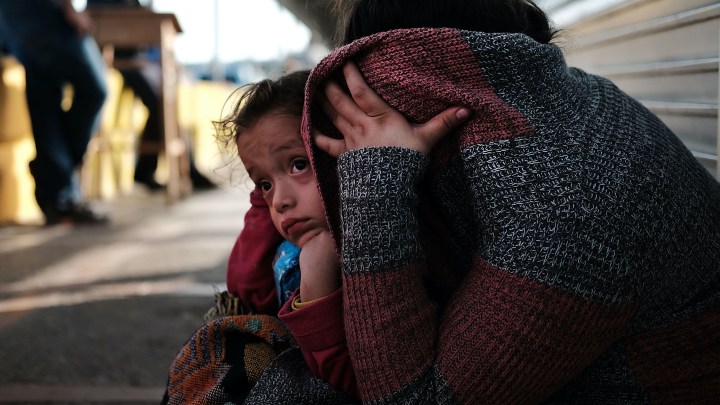 COPY
According to the OECD, the U.S. has one of the highest child poverty rates in the developed world. Spencer Platt/Getty Images
COVID-19

According to the OECD, the U.S. has one of the highest child poverty rates in the developed world. Spencer Platt/Getty Images
Listen Now

We’ve been looking into different parts of the big COVID-19 relief package working its way through the House of Representatives, possibly coming up for a vote later this week, and some of the ways it aims to use changes to tax law to provide economic relief in the pandemic.

Yesterday we told you about a proposed expansion of the earned income tax credit, and today we’ll look at what the relief package would do for the child tax credit.

Eligible families already get a tax credit for every kid 16 and under once a year when they file their taxes. Under the Democratic proposal, they’d get monthly payments starting as soon as this summer, and their total benefit would grow.

“So it’s going to go up from $2,000 to $3,000 for all children, and then an additional $600 for young children,” said Katherine Magnuson, who runs the Institute for Research on Poverty at the University of Wisconsin-Madison.

Another change? Right now, some families with the lowest incomes miss out on some of the benefit.

“If you don’t have a full tax bill, then you don’t get the full credit,” Magnuson said. Under this proposal, they would.

The Organization for Economic Cooperation and Development says the United States has one of the highest child poverty rates in the developed world. Several analyses estimate these changes could lift 5 million to 10 million children out of poverty.

“The kids who don’t receive the full credit right now are predominantly kids who are lower income, many who are living in poverty, and many who are either Black or Latino,” said Katherine Michelmore, who teaches public administration at Syracuse University.

But, as with the proposed $15 minimum wage, there are questions about whether this belongs in a pandemic response bill.

Maya MacGuineas at the Committee for a Responsible Federal Budget supports the idea of expanding the credit. But: “It is a policy that should be structured for situations that exist outside of the COVID crisis. And it is a policy that is so important that it’s permanent and durable, that it should be paid for,” she said.