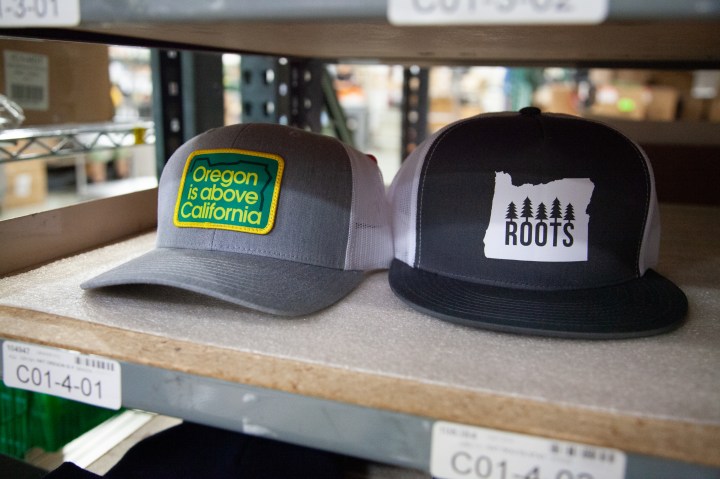 COPY
Inventory at the Made in Oregon warehouse in Portland, Oregon, July 24, 2019. The company is now collecting sales tax for online sales in at least 11 other states. Kate Davidson/Marketplace

Inventory at the Made in Oregon warehouse in Portland, Oregon, July 24, 2019. The company is now collecting sales tax for online sales in at least 11 other states. Kate Davidson/Marketplace
Listen Now

“This decision, and the states’ reaction to it, have turned sales tax law upside down and inside out,” said Diane Yetter, founder of the Sales Tax Institute. “So it’s completely different from the history going back to the 1920s, 1930s when sales tax was first enacted.”

It used to be that companies were only required to collect sales tax in states where they had a substantial physical presence. “So the easy way to think about that is where did you have a store, an office, a manufacturing plant, a warehouse? It also was where you would have your employees,” Yetter said.

In the Wayfair case, the court looked at the explosion of online shopping and the erosion of sales tax revenue. It decided the physical presence rule was outdated. It ruled that companies can also establish an economic connection to a state, which can make them responsible for collecting sales tax.

The Democratic senators from New Hampshire and Oregon want to press pause on that change. They are worried about how businesses are faring in the post-Wayfair world. They introduced legislation this summer to prevent remote sellers from having to collect sales tax until 2021, to give them more time to prepare.

“This bill will say that small businesses across the nation, those that have less than $10 million in sales, do not have to collect sales taxes for the 10,000 taxing jurisdictions across the country,” said Sen. Jeff Merkley, D-Oregon.

He thinks big businesses can ultimately handle the complexities of sales tax compliance. “They have the infrastructure to be able to do this. And that’s not such a burden. But to a small business, it’s an enormous burden,” he said.

There are signs some states may be sympathetic to that part of the senator’s argument. A handful have already changed the thresholds they use to determine which out of state companies should collect sales tax, recognizing too many small businesses were affected.

North Dakota, Washington, Colorado and Iowa have all dropped the requirement that businesses with 200 sales to their residents collect sales tax, while keeping a $100,000 threshold in place.

To understand how these laws work, it helps to visit the Portland warehouse of the company Made in Oregon. The shelves are stocked with all kinds of distinctly Oregon products: pottery, Pendleton blankets and a very popular trucker hat.

“It’s got a patch that says Oregon is above California,” said Dave Stainsby, the company’s general manager of e-commerce. “There’s a lot of Oregonians that just chuckle and love that thing.”

Oregon, like New Hampshire, has no state sales tax of its own. So it’s been a huge change this year for Made in Oregon to have to collect sales tax – not for sales in Oregon, but for online sales in a growing list of other states.

It takes resources to keep track of the sales tax rules of dozens of states and the thousands of taxing jurisdictions within them. Stainsby estimated it will cost Made in Oregon close to $40,000 in staff time and software.

For businesses, compliance means one more expense. But for state lawmakers, the additional revenue these new laws provide is crucial.

“The Wayfair decision is one of those rare things that happen where we say everyone has to play by the same set of rules. If you’re an online customer it’s the same as walking into a storefront,” said Washington state Rep. Gael Tarleton, D-Seattle.

That money matters in Washington, Tarleton said, because the state has no income tax and relies heavily on sales tax revenue to fund services.

When it comes to passing legislation pausing the wave of sales tax laws, Diane Yetter of the Sales Tax Institute said, “Don’t hold your breath.” She doesn’t think federal lawmakers have the appetite to dam up state revenue streams that are already flowing.