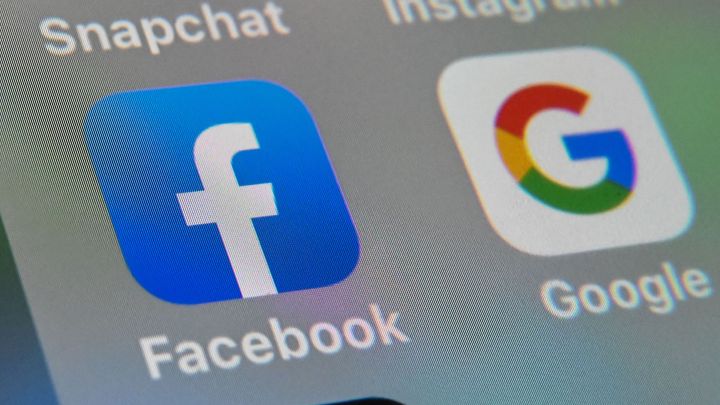 COPY
The tax is aimed at tech giants like Google, Facebook and Amazon. Denis Charlet/AFP via Getty Images

The tax is aimed at tech giants like Google, Facebook and Amazon. Denis Charlet/AFP via Getty Images
Listen Now

On Friday, the state of Maryland became the first in the country to impose a tax on the billions of dollars tech companies make selling online advertising. The Maryland Senate voted to override Gov. Larry Hogan’s veto of the proposed law after the House of Delegates did the same Thursday. The tax is aimed at tech giants like Google, Facebook and Amazon, and would range from 2.5% to 10% of ad revenue, depending on the company’s size.

In its first year, the tax would raise an estimated $250 million. The money tech firms pay would go to schools, said state Sen. James Rosapepe, a Democrat from College Park.

“These companies have built their businesses on the public investment in public education,” he said. “So we said, ‘Look, let’s dedicate the money from these folks to making our education system even better.’ That’ll be good for the people in Maryland; it’ll also be good for these companies.”

Maybe so, but a coalition of businesses and tech industry groups has been fighting the tax. Spokesman Doug Mayer said local shops and restaurants that advertise on Facebook and Google will end up paying for it.

“When the cost of those ads go up, the business buying those ads needs to adjust for that,” Mayer said. “They’re going to increase the cost of the items that they sell, which then falls down on the consumers.”

Opponents of the bill said they will fight it in court. Federal law prohibits taxes that single out e-commerce, said Jared Walczak with the conservative-leaning Tax Foundation.

Still, other states, including Connecticut and Indiana, are considering similar measures. Some European countries have imposed taxes on digital services.

Jessica Lee is a partner with the law firm Loeb & Loeb, which counts large tech firms among its clients. She sees the effort as part of a larger backlash against Big Tech and the business model of harvesting personal data to sell targeted ads.

“A tax is not going to persuade a company who has over $15 billion in ad revenue to change their business model,” she said. “I just don’t see that happening.”

Doing that, she said, would take more comprehensive federal reform.