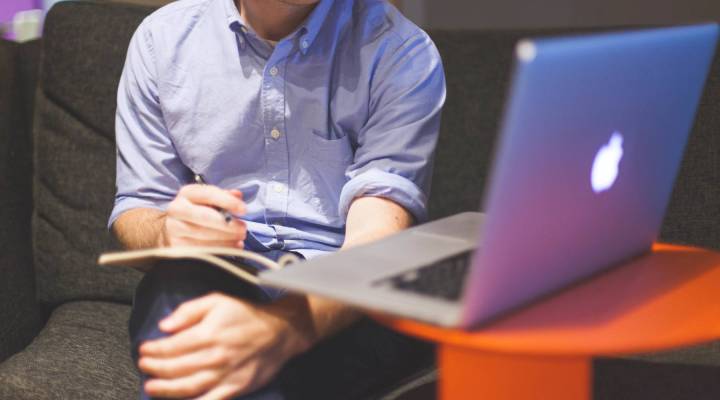 Most white millennials don’t think minorities are taking their jobs, but nearly half believe that discrimination against whites is a problem, according to a new survey from GenForward.

Racial tensions have arguably heightened this past year following the election of President Trump and a series of white nationalist rallies occurring in the country. To get a better grasp of our current racial and political climate, GenForward surveyed millennials to find out their attitudes about racial and economic power in the U.S.

The project’s lead investigator Cathy Cohen spoke with Marketplace Morning Report about the survey’s findings. Here are some of her takeaways:

The struggle to find employment

The survey asked millennials across racial and ethnic groups whether they think white people are having trouble finding jobs because minorities are taking them. Very few millennials across the board agreed with this position, with 29 percent of white millennials believing this was the case.

The numbers, however, slightly changed when looking at sub-groups of white respondents. The percentage increased to about 33 percent for white millennials without college degrees, according to Cohen. The number increased to 34 percent for respondents who voted for Trump, which is a group largely comprised of white men and women.

“[White millennials] know something is going on that’s bad, or at least they feel like something’s going on that’s bad in their communities and for them. They’re less likely to blame other groups,” Cohen said. “And I think they have a better sense that maybe in fact it’s corporate and neo-liberal policies that are shrinking the jobs that are available to them.”

Cohen noted that they may not articulate this stance that way — that’s what she and her team are inferring from the data.

She also added, “I want to suggest it’s more complicated than saying, ‘Well, they don’t blame folks of color,’ because much of our other data throughout this report suggests in fact that there are real differences around racial issues that we would want to pay attention to and understand those differences.”

Almost half of white millennials agreed at 48 percent, and about 70 percent of millennial Trump voters agreed.

Again, this figure increased when looking at respondents based on education level: about 52 percent of white millennials without a college degree also agreed with this statement, Cohen said.

“So I think it depends on the question,” Cohen said. “When we ask questions about, for example, college, there’s more of a tendency among white millennials to say, yeah, minorities are taking the spots in the colleges I prefer.”

Having power in this country

When it comes to who has economic power or political power in this country, there seems to be agreement across different millennial racial and ethnic groups.

“There’s general consensus about the lay of the land,” Cohen noted. “But again, for white millennials, I think they have a sense that in fact they’re losing ground specifically through no fault of their own and they kind of move between blaming corporate entities and blaming folks of color for that loss of status and loss of power.”