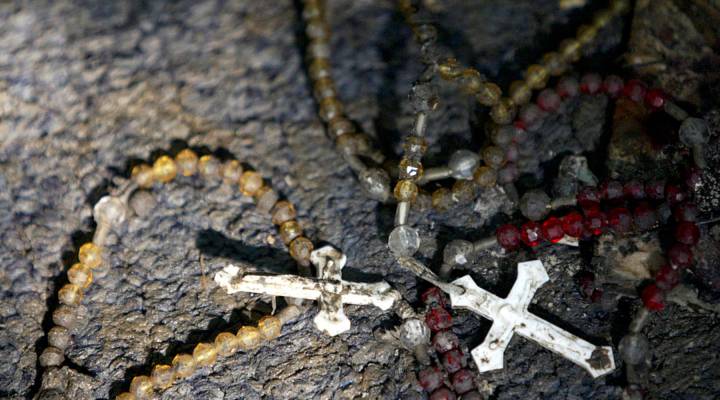 Today more than 40 Catholic organizations announced they were removing investments in oil and gas companies from their portfolios, in what’s been deemed the biggest faith-based fossil fuel divestment in history. The move comes as part of a global divestment movement away from fossil fuels — last year, the Rockefeller family, which made its fortune in oil, said it would sell its investments in fossil fuels and instead put its money behind clean energy.

South Africa’s Bishop Geoff Davies — who is known as the “Green Bishop” — was part of the campaign; the diocese he leads will be investing in alternative energies. Below is an edited transcript.

Anu Anand: Basically, we just calculated — you’re pulling out about $300,000. So just tell us why you’re pulling that out and where the money will go instead?

Geoff Davies: We can make lots of money out of fossil fuels — but we’ve got to stop doing so. We’ve got to turn from that and so we want to invest our money in renewable energy and that’s because we believe God has given us the answer. It’s blowing in the wind and shining on us every day.

Anand: What kind of impact will this divestment from 40 catholic institutions have? Clearly it won’t take all the money out of fossil fuels?

Anand: Who is that message aimed at? Clearly the pope has talked about the importance of the environment, and yet you’ve seen America saying they’re going to pull out of the Paris climate change treaty?

Davies: Trump said he was wanting to pull out because it was bad for American business, but I think the hurricanes and the wildfires they’ve had have been far more costly than any money he’s going to make re-opening coal fired power stations. And so we are wanting to motivate all faiths to say “come on, we’ve got to look after and care for this planet.”