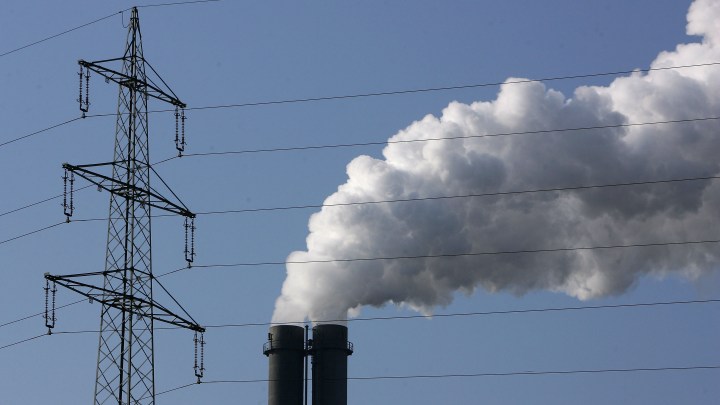 A published report points to what could be a turn in thinking among big oil companies. The American Petroleum Institute, the lobbying group for fossil fuel companies, could soon endorse what’s called “carbon pricing” to fight climate change. The Wall Street Journal saw a draft proposal .

What happens if letting loose carbon dioxide is no longer free?

One way to pay directly for the cost of climate damage caused by fossil fuels, is to impose a tax on carbon, said Catherine Hausman at the University of Michigan.

“You tax the person who’s taking that barrel of oil out of the ground, so they’re going to sell that oil at a higher price to the refinery,” Hausman said.

More expensive fuel discourages consumers from burning as much and encourages fuel efficiency. The government can use the tax money it collects to promote renewables and mitigate climate change.

From the standpoint of industry, putting a price on carbon is preferable to strict new government regulation of emissions, said University of Chicago economist Michael Greenstone.

“Set a price and let people and firms make money by competing on how to reduce their emissions, and they’re going to inevitably come up with new ways, ways we haven’t thought of,” Greenstone said.

The American Petroleum Institute said in a statement that its efforts to drive down carbon emissions are focused on supporting “a new U.S. contribution to the global Paris agreement.”

“For the better part of a year, API has convened top industry officials throughout the supply chain to incubate a host of policy solutions and industry actions to shape a lower carbon future,” API Senior Vice President of Communications Megan Bloomgren said in an email. “The millions of scientists, engineers, geologists, and problem solvers in our industry are evolving, innovating, scaling technology and solving complex challenges every day to meet the world’s energy demands and drive down U.S. emissions.”