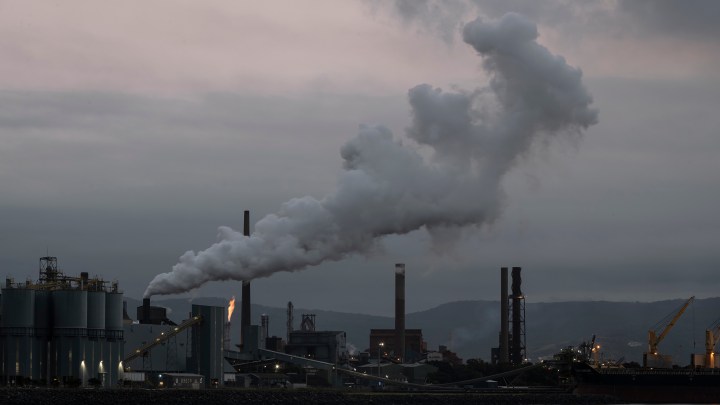 COPY
"One of the worst things we could be doing is stimulating our economy with measures that then lead to more deaths on the fossil-fuel front," says climate economist Gernot Wagner. Brook Mitchell/Getty Images

"One of the worst things we could be doing is stimulating our economy with measures that then lead to more deaths on the fossil-fuel front," says climate economist Gernot Wagner. Brook Mitchell/Getty Images
Listen Now

For comparison, that annual toll is roughly equal to deaths attributed to smoking.

The findings, published in the journal Environmental Research, shed new light on the human cost of fossil fuel use. Study authors note the topline finding of 8.7 million deaths is double that of previous estimates.

“I don’t think we were necessarily anticipating an estimate as high as we did,” said co-author Eloise Marais, an air pollution researcher at University College London. She noted that the burning of oil, gas and coal spits out tiny particles, often called soot, that people inhale.

Those particles, known as PM2.5, hover in the atmosphere “up to one to two weeks,” Marais said. “As a result of this persistence, they can also be transported long distances. So you may not live next door to a power plant, but you can still be impacted by it.”

People in the United Kingdom, for example, can inhale pollutants from continental Europe, Marais said.

Past studies have demonstrated that particulate pollution is deadly, but now scientists are learning that even a little bit in the atmosphere can kill, said Joel Schwartz, study co-author and environmental epidemiologist at Harvard University.

“So once we did studies at lower concentrations, we discovered, ‘Whoa, the effects are larger,’” Schwartz said.

These revelations should resonate with government policymakers around the world considering fossil fuel investments to stimulate pandemic-hit economies, said Gernot Wagner, a climate and environmental economist at New York University.

“We are doing lots of things to avoid deaths from COVID-19,” Wagner said. “One of the worst things we could be doing is stimulating our economy with measures that then lead to more deaths on the fossil fuel front.”