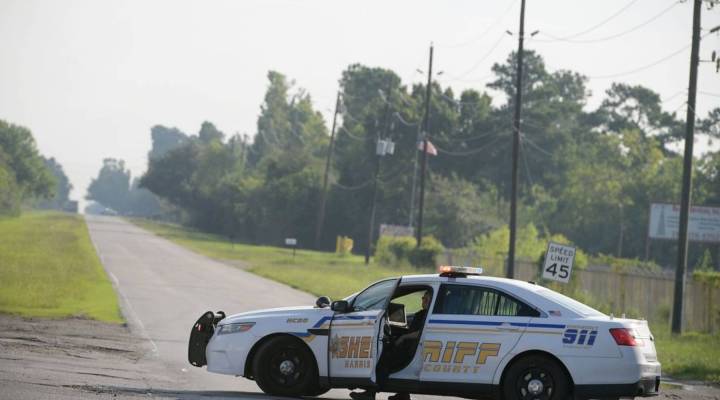 Several days ago, people living near the Arkema chemical plant in Crosby, Texas were asked to evacuate their homes. The plant’s power systems and backup power generators had failed, killing the refrigerators that were needed to keep volatile chemicals from exploding.

Orrin Hayes lives five miles away from the Arkema plant. But he still felt the explosion, early this morning.

By the time I reached Hayes on the phone, it was 90 degrees in Crosby. But he had turned off his air conditioning and stuffed towels around all his doors and windows.

“I’m just worrying about what we’re gonna be breathing,” Hayes said. “It’s me and my wife and my two daughters. One is two weeks old and one is 10 years old.”

Hayes’ fears are well-founded: he works at a chemical plant, fixing industrial equipment like the generators that failed at Arkema. He’s never worked there, he said, but other plants he works for have contingency plans that will safely dispose of dangerous chemicals ahead of or even during a disaster.

The Arkema plant was under six feet of water as a result of flooding from Hurricane Harvey. Officials established a 1.5 mile evacuation zone around the plant before the fires. After a FEMA official initially issued warnings early Thursday morning that the smoke from the plant was “incredibly dangerous,” Harris County Sheriff Ed Gonzalez later assured reporters that the fumes are “not anything toxic; it is not anything that we feel is a danger to the community at all.”

“Almost every material that we handle, we know how to prevent bad outcomes from it,” said Sam Mannan, director of the Process Safety Center in the Chemical Engineering Department at Texas A&M University.

According to the company that owns the plant, power went out at Arkema on Sunday, and two emergency sources of backup power went out soon after. On Tuesday, the plant’s coolant system and backup generators failed.

“I can’t speculate on what happened at Arkema,” Mannan said. “But most chemical plants prepare for events like this by taking facilities to ‘a failsafe mode.’”

But, Mannan said, every layer of backup is another expense. Companies can buy the level of safety they want.